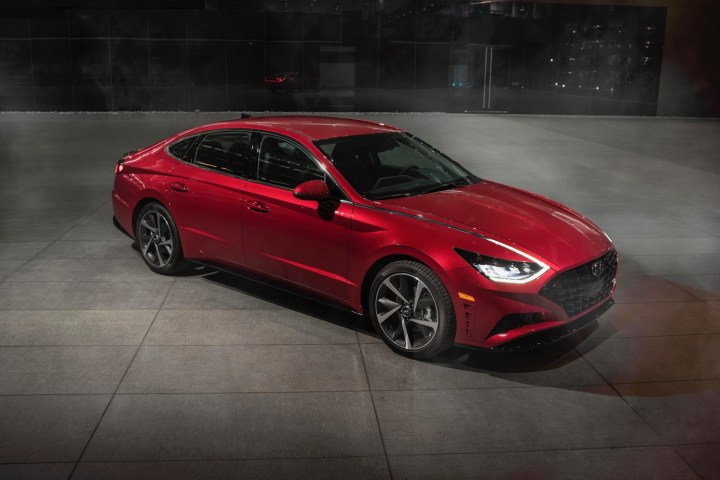 Even as electric cars become more common, automakers are still trying to squeeze more efficiency out of internal-combustion engines. That’s led to more complex solutions to the age old task of mixing air and fuel, including this new effort from Hyundai. The Korean automaker claims its continuously variable valve duration (CVVD) system will improve both fuel economy and performance. It should start to appear in production cars later this year.

Hyundai claims CVVD can achieve a 4% increase in performance over a conventional gasoline engine, while boosting fuel economy by 5%. The system also reduces emissions by 12%, the automaker claims.

CVVD works by manipulating the engine’s valves. These valves admit fuel and air into the combustion chambers; changing their operation changes that fuel-air mixture. Many engines have variable valve timing systems that automatically adjust when the valves open and close. Hyundai’s CVVD system takes things a step further by adjusting duration — how long the valves stay open.

When the car is cruising along at a constant speed, requiring less power from the engine, CVVD opens the intake valve from the middle to the end of the piston’s compression stroke. This reduces resistance, helping to improve fuel economy, according to Hyundai. When more power is needed, the system closes the intake valve at the beginning of the compression stroke, forcing more air into the engine and improving combustion, according to Hyundai.

Hyundai will use CVVD in a new engine, dubbed Smartstream G1.6T-GDi. It’s a gasoline (“G”) 1.6-liter turbocharged (“1.6T”) four-cylinder engine with direct injection (“Di”), making 180 horsepower and 195 pound-feet of torque. In addition to CVVD, the Smartstream engine also features exhaust gas recirculation to improve efficiency. Previously seen on engines from other manufacturers, exhaust gas recirculation reuses the exhaust for productive purposes, in this case to cool fresh air going into the engine. Hyundai claims the system will reduce emissions of nitrogen oxides, some of the most common pollutants produced by burning fossil fuels.

The first vehicle to get the CVVD-equipped Smartstream engine will be the 2020 Hyundai Sonata Turbo, which goes on sale later this year. The technology will be used in other vehicles from Hyundai and sibling brand Kia, but Hyundai did not mention any applications for its Genesis luxury brand.