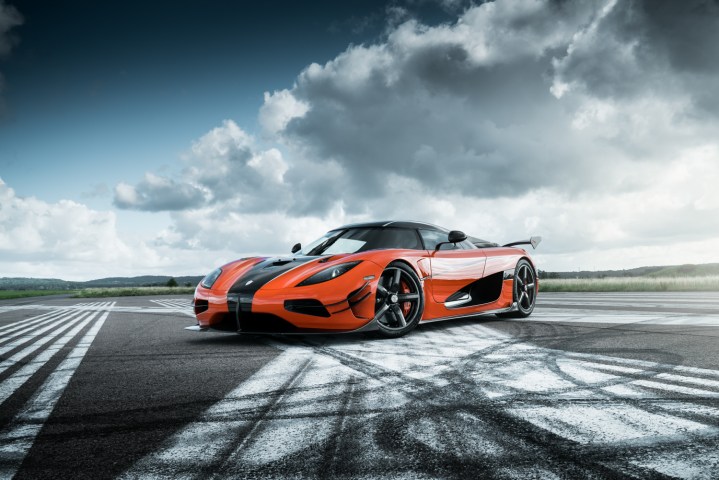 Almost a decade after it was unveiled at the 2010 Geneva Motor Show, the Koenigsegg Agera is going out of production, leaving the Regera hybrid as Koenigsegg’s sole model. The Agera was able to outmuscle cars from more well-known automakers in performance. In hardcore RS spec, it became the fastest production car in the world.

In a blog post announcing the end of Agera production, Koenigsegg said it had two cars left to build. These will be the last two of three Final Edition models announced at the 2016 Geneva Motor Show. The third car has already been delivered. Buyers were allowed to configure their cars using any options offered on any Agera variant free of charge, so each of the three cars will likely be unique.

The Agera goes out in a blaze of glory, having set a world speed record for production cars late last year. On a closed stretch of Nevada highway, and Agera RS reached a Guinness Book of World Records-verified top speed of 277.87 mph, making it the fastest production car in the world. Record speeds are recorded using the average of runs in both directions to account for wind, but the Agera RS briefly hit 284.55 mph on one of its runs, which Koenigsegg claims is the highest speed ever achieved on a public road.

The Agera went through multiple evolutions during its lifespan, but the RS was likely the most extreme. It was powered by a 5.0-liter twin-turbocharged V8 that produced 1,160 horsepower and 944 pound-feet of torque. But the car’s speed record will soon be challenged by the 1,500-hp Bugatti Chiron and the 1,600-hp Hennessey Venom F5. Hennessey claims its car will reach 300 mph, putting Koenigsegg’s crown in jeopardy.

The Koenigsegg Regera hybrid probably won’t be the car to defend the title. While it is still a supercar, the Regera makes some performance compromises in the name of comfort. In a recent interview, company founded Christian von Koenigsegg said an Agera RS replacement is on the way, and that it will be unveiled roughly a year from now at the 2019 Geneva Motor Show. Bugatti and Hennessey had better get their speed-record attempts done soon.