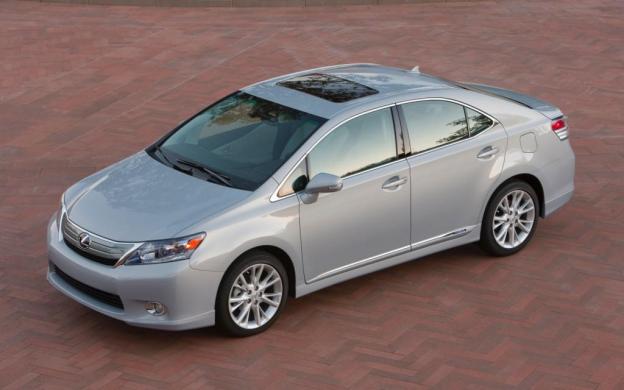 Some cars become instant classics, while others become so anonymous that no one bothers to check if they are still being made. Case in point: the Lexus HS 250h hybrid, which was just officially discontinued, even though it has been out of production since January.

The HS seemed to be based on sound principles, but the crowded hybrid market ultimately made selling Lexus’ first dedicated hybrid difficult. The HS is close in size to the Toyota Prius, but Lexus originally said it would appeal to a different market, because of its luxury features and more regal sedan body style. However, Lexus and parent company Toyota ignored what most hybrid owners care about: economy.

The HS may be more luxurious than a Prius, but it is only rated at 35 city and 34 highway mpg in EPA testing. A Prius achieves 51 and 48 mpg, respectively. Add to that the fact that an HS 250h costs $37,905, while a Prius starts at $24,760, and it is hard to make a case for the Lexus. Hybrids are all about fuel economy, so it is hard to see why someone would pay more money for a car that returns fewer miles per gallon.

When compared to the Prius, the HS also suffered from branding issues. Toyota thought the Lexus name would attract customers interested in luxury, but it was no match for the Prius name’s association with economy and environmental responsibility. Also, the Prius has an actual name, not a concoction of letters and numbers.

The HS was not just competing with the Prius, it was also competing with other Lexus hybrids, including hybrid versions of the GS sedan and RX crossover. As a purpose-built hybrid, the HS was not supposed to compete with these cars, but it just didn’t stand out. Most buyers preferred the already popular GS or RX to HS’ Corolla-like visage. Now that Lexus has another dedicated hybrid, the CT 200h hatchback, the HS will only get harder to sell.

Buyers looking for a luxury hybrid still have plenty of choices; Lexus and other companies offer hybrid versions of many of their popular models. If they want a car that is only available as a hybrid, with its own unique styling, there’s always the CT 200h. It’s better looking than the HS, anyway.