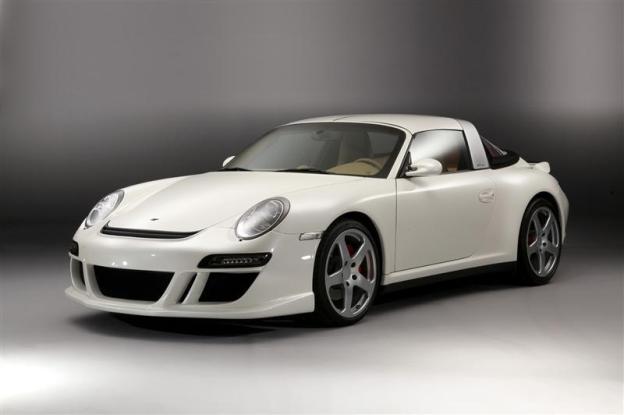 Car companies like to live in the past. Over the past ten years, one of the biggest trends in the automotive industry has been the resurrection of old models. Take Porsche: the German company built the Boxster Spyder as an homage to the 550 Spyder James Dean drove, and the 911 Speedster was a modern interpretation of one of the company’s first cars, the 356 Speedster. However when it came to another classic Porsche, the 911 Targa, it took an aftermarket tuner to bring it back to life.

Ruf Automobile is actually more than a tuner; this German shop reworks Porsches so thoroughly that the government considers it a new car manufacturer. Looking at the new Targa, which the company calls the Roadster, it’s easy to see why. Ruf starts with a 911 coupe, then cuts the roof off. In its place is a roll bar, which is what makes the car a Targa.

Porsche came out with the original Targa in 1967, billing it as a safer alternative to the convertible. In theory, the roll bar would act like a race car’s roll cage if the Porsche flipped, protecting the driver and passenger. At the time, there were rumors that new safety regulations would effectively ban convertibles in the United States. That almost happened; in the 1970s and ‘80s most convertibles adopted the Targa’s half-roof for safety reasons.

The original Targa had a hard roof panel that covered the cabin, and a plastic rear window in back. For the new Targa, Ruf decided to go with something a little more high tech. The two-piece roof panel is now made of carbon fiber, while the rear window is made of three-layer polyglass. An electric motor keeps the rear window taught. Having two roof pieces gives Ruf owners plenty of options. Unlike most convertibles, the Ruf Roadster can be driven with its roof half open: the panels can be removed to make a giant sunroof.

Where most cars have their trunks, the Ruf Roadster has a 3.8-liter six-cylinder boxer engine that develops 400 horsepower. This is the engine from a Porsche 911 Carrera S. Ruf says the car will accelerate from 0-62 mph (0-100 kph) in 4.6 seconds, and hit a top speed of 183 mph. Ruf also plans to build an electric version of the Roadster after the first petrol-powered cars are delivered.

The Roadster definitely has a unique look, but is it better than a regular 911 Cabriolet? The stock 911‘s fabric roof will fold in a few seconds; disassembling the Roadster’s roof will taking considerably longer. If all you want from your convertible Porsche is sun, go with the regular 911. If you want a Porsche, but want one that no one else has, get the Roadster.

Save $700 on this Samsung washer and dryer bundle today

A mysterious OnePlus phone might launch in the U.S. soon