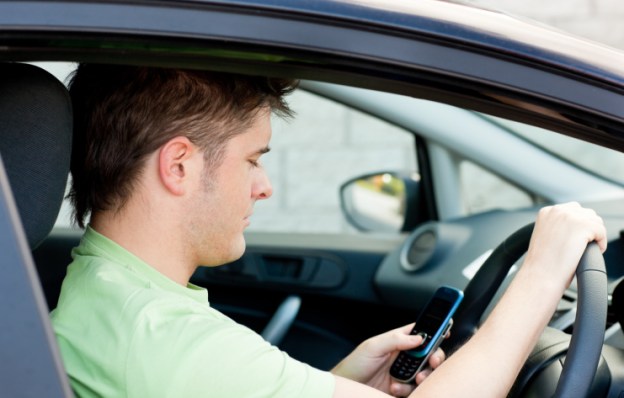 The proliferation of smartphones and smartphone-friendly cars is apparently having an effect. A study released by insurance giant State Farm says 48 percent of drivers between the ages of 18 and 29 use the Internet while driving, up from 29 percent in 2009, and that all age groups are using the Internet more when they get behind the wheel.

In July 2012, State Farm surveyed about 1,000 people who drive at least one hour a week and own a smartphone.

State Farm compared its 2012 results against other studies it did in 2009, 2010, and 2011 and found that drivers under the age of 30 are more likely to divide their attention between the road and the web.

The number of drivers under the age of 30 checking their e-mail while driving increased from 32 percent in 2009 in to 43 percent in 2012.

State governments and State Farm itself have advocated curbing phone use while driving as a matter of safety and, interestingly, so have the drivers in the study.

When asked how they would reduce distracted driving, 72 percent of respondents said they strongly agree with “laws or regulations prohibiting texting or e-mailing behind the wheel.” In addition, 45 percent said they would support technology that would eliminate texting or talking on a phone while driving.

Almost two-thirds of respondents said they believe current laws restricting phone use while driving are under-enforced, or not enforced at all.

According to the National Highway Traffic Safety Administration, around 3,000 deaths from distraction-related crashes occur in the United States every year. It says phone use was reported in 18 percent of these incidents.

If this study’s findings really are indicative of the way people use and view their smartphones, we could be living in a technological state of nature, with people clamoring for civilizing laws to save them from their own base desires. Or maybe they could just put their phones down when they’re on the road.