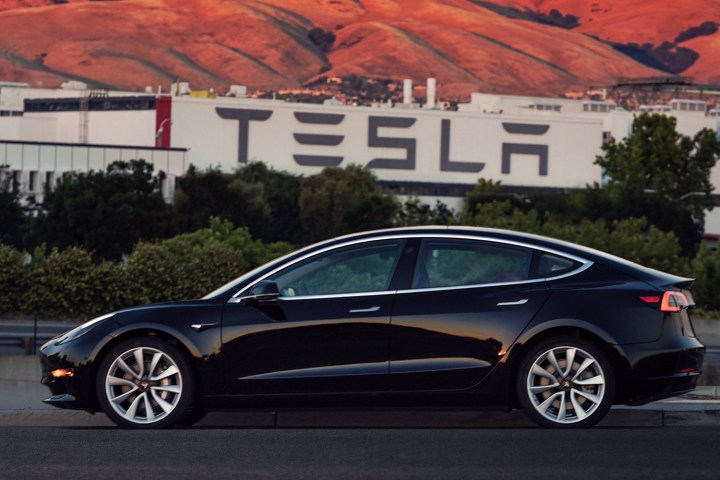 Between the hundreds of thousands of Tesla Model 3 reservation holders and the financial analysts looking to divine the company’s future, a lot of people are closely watching production rates of Tesla’s mass-market electric car. Bloomberg just made that a bit easier, launching a Tesla Model 3 Tracker that uses two data points to estimate production rates.

As of February 15, Bloomberg estimates that Tesla has built 7,438 Model 3s, and that cars are currently rolling off Tesla’s Fremont, California, assembly line at a rate of 1,025 per week. Considering that Tesla only made 2,686 Model 3s over about six months of production last year, those figures are an indication that production is finally beginning to ramp up.

To track Model 3 production, Bloomberg first looks at batch VIN (vehicle identification number) registrations Tesla submits to the National Highway Traffic Safety Administration. Every new car sold in the United States needs a unique VIN, so tracking them gives an indication of how many cars Tesla is preparing to deliver. Bloomberg compares the batch amounts of VINs to the days between registrations to determine production rates.

That method isn’t perfect, though. Bloomberg admits that it doesn’t account for things like nonsequential VIN registrations — VINs registered before a car has been built. There’s also the fact that there really isn’t anything stopping Tesla from registering VINs for the nearly half-million Model 3 reservations all at once. To compensate, Bloomberg also looks at social media and other sources to confirm that a VIN has been assigned to an actual car. It’s also asking owners to self-report their VINs, and promises not to retain or publish the complete number sequences.

Bloomberg will continue to update the Model 3 Tracker, and tweak its methodology as better data becomes available. The site will also align its data with Tesla’s official production numbers, when available. Tesla only discloses production figures on a quarterly basis.

Tesla CEO Elon Musk wants to hit an annual production rate of 500,000 cars this year, and the Model 3 will make up most of that total. The company hopes to boost production to 5,000 cars a week by the end of the second quarter, a target it has already pushed back twice.