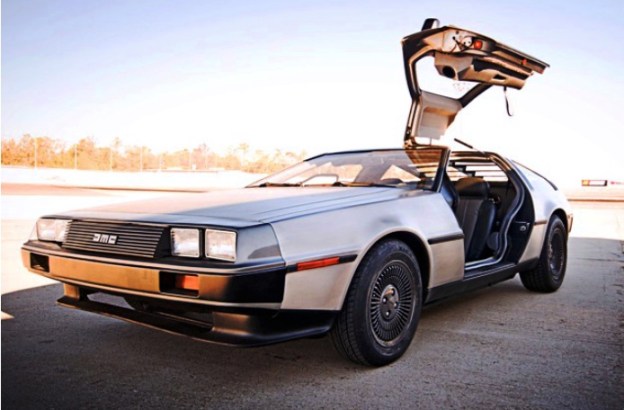 The iconic gull-winged DeLorean DMC-12, which you all remember as Marty McFly’s stylish time machine from the Back to the Future series, will be coming back in 2013. The DeLorean Motor Company of Texas is teaming up with a startup named Epic EV to put the DMC-12 back into production—with a few improvements.

Though no Mr. Fusion, Epic EV and DMC are gutting the DeLorean’s V6 engine and replacing it with an electric motor made by a California battery systems company aptly named Flux Power. The new model will be called the DMCEV

According to Kevin McCauley at Jalopnik, who recently got to test drive the “version 0.9” of the car with DMC president Stephen Wynne, the electric motor will be the equivalent of 260 hp and have a range of 70 to 100 miles. The DMCEV will be able to do 0-to-60 mph in 4.9 seconds and a top speed of 125 miles per hour. The prototype featured a built-in iPhone dock and a hinged grill hiding the charging port.

The motor adds 200 pounds to the car, which is offset with a new lighter underbody developed by Epic EV. The positioning of the battery apparently improves the weight distribution on the older DeLoreans. McCauley also points out that though the prototype he was able to drive was DC, the company is moving towards a battery with regenerative AC tech.

The DMC-12 was designed by Giorgetto Giugiaro and sold in America in 1981 and 1982; though a failure, the car acquired a cult following. Prior to the Epic EV partnership the DeLorean Motor Company was pumping out limited editions of the DMC-12 with older parts and newer engines and suspension. The company hasn’t

Tesla’s electric cars get second price bump in a month

DeLorean could could make a comeback as an electric car