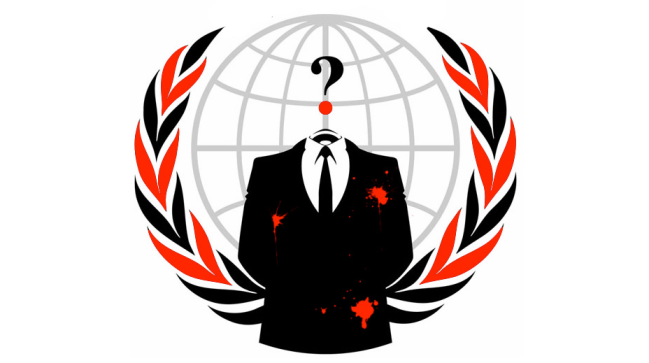 Hacker group Anonymous has leaked 10,365 “top secret” emails from Iran’s Ministry of Foreign Affairs. Anonymous says the files were accessed after the group infiltrated the Iranian Passport and Visa Office email center. All the files are currently available for download from MediaFire , as well as various BitTorrent sources.

Most of the emails concern visa applications for “an oil meeting,” according to an unnamed source who spoke with the International Business Times. And “many” of those are reportedly for people “from China.” A quick perusing of the files shows that, in most case, the emails are from Iranian government officials alerting visa applicants of their status.

The initial attack apparently took place a number of days ago, and the Iranian government has been actively trying to keep news of the breach covered up. An Anonymous member said that the attacks were carried out in an attempt to damage Iran’s image in “both cyber space and the real world.” Tehran has yet to admit publicly that the breach and data theft even occurred.

As of this writing, the website of the Ministry of Foreign Affairs is still down. According to a user of the #OpIran IRC channel, the attack on the mail servers “is a multi-site incursion using a variety of exploits and hand-crafted methods.” The user added that “the action [against the servers] is considered ongoing,” but said that there is new “information under review.”

“Operation Iran” officially kicked off on May 1, with a declaration by Anonymous — a decentralized, loose-knit group — that it would stand with the Iranian people, who have been repressed by the nation’s government.

“People of Iran – your rights belong to you. You have the right to free speech and free press, the freedom to assemble and to be safe in your person. Your [sic] have the right to live free and without fear. As Labour Day dawns – Anonymous stands with you!” said the group in a statement.

Anonymous has a long history of doing its part to disrupt dictatorial regimes in the Middle East and Northern Africa, including the governments of Egypt and Tunisia, where protests helped launch the Arab Spring, a wave of citizen dissent that swept the region.

According to an Anonymous member who spoke with The Next Web, the group is planning an day of DDoS (distributed denial of service) attack for the anniversary of the Iranian election. No specific targets have been announced, but one members of the group told us that there “is always something in the works.”

“We are still going over what we have, and determining protest-appropriate targets with organizers,” said one Anonymous member, who spoke with us in the #OpIran chat.

When asked if their operations would continue, one Anon said simply: “As long as people are still out there needing our help, things are getting planned.”

Topics
Anonymous takes down PlayStation website; UPDATE: Anon explains attack on Sony
Anonymous releases ‘damning’ Bank of America emails
Nasdaq hacks threaten investor confidence more than Stock Market security
As FBI issues 40 search warrants, Anonymous announces it will retaliate for UK arrests
Best laptop deals: Save on Apple, Dell, HP and Lenovo
Wi-Fi not working? Here’s how to fix the most common problems
The best Chromebooks for 2023
Best microSD cards in 2023: top picks for your computer, camera, or drone
The best game-streaming services for 2023
Ranking all 12 versions of Windows, from worst to best
If you think PCs are dying, you haven’t been paying attention
What is ChatGPT Pro? Everything we know about its response to capacity issues
I built a couch gaming PC that puts the PS5 to shame — and you can too