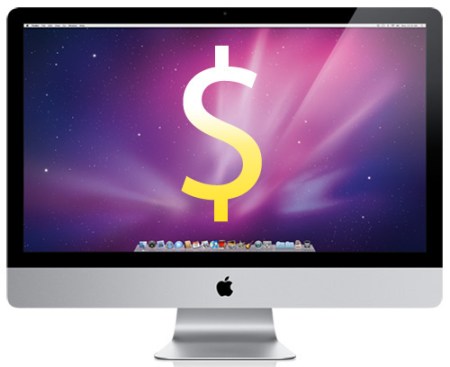 We wish Apple would apologize more often. Gizmodo reported yesterday that Apple was dishing out 15% refund bonuses to UK customers plagued by its 27-inch iMac issues—and today it seems the US will be receiving that same generous apology. According to Gizmodo, Apple customer support is handing over about $300 cash to say ‘sorry’ to all of those Americans afflicted by yellow and flickering screens.  The report claims that you must be a “repeat iMac returner who’s dealt with multiple 27-inch iMacs” that are messed up in one way or another.

According to one of Gizmodo’s readers who received the 15% refund, he has multiple yellow screens and a model with broken Bluetooth—he took the money and returned his latest busted iMac. Apple still hasn’t given a verbal apology or even recognized some of the problems with its 27-inch iMacs, but we think for most people the money will suffice.