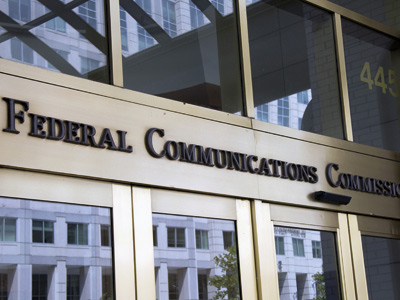 A couple weeks ago Verizon filed suit against the FCC, claiming that the agency was overstepping its authority with new net neutrality regulations (known as the Open Internet Order), and that the rules create “uncertainty for the communications industry, innovators, investors, and consumers.” (A few days later, MetroPCS—itself already on the hook for potentially breaching those rules—joined the suit.) Now, the FCC is asking a Washington D.C. court of appeals to dismiss Verizon’s lawsuit for being “fatally premature” (PDF) because the Open Internet Order has not been published in the Federal Register. The FCC’s argument is that, until the rule is published in the Federal Register, it’s not official, and no one has any grounds to sue over it.

Of course, Verizon and MetroPCS could simply withdraw their current suits, wait for a bit, and re-file once the Federal Register effectively gives courts jurisdiction over the matter. However, Verizon is casting its suit as a licensing dispute, since the new regulations impact wireless licenses owned by the company. Under other federal regulations, courts gain jurisdiction in frequency licensing disputes as soon as they’re made public: the FCC released its Open Internet Order on December 23, 2010.

Another angle to the legal maneuvering: if an FCC order is challenged in multiple courts of appeals within ten days of public notice being given, the cases are assigned to a single appeals court through a judicial lottery. However, in the case of licensing disputes, cases are heard exclusively by the Washington D.C., court of appeals—and the rules are mutually exclusive, meaning the D.C. court can’t get jurisdiction of both a licensing dispute and an appeal on the same matter filed in another jurisdiction. The FCC argues that the D.C. court should dismiss Verizon’s action because, once the new rules are published in the Federal Register, there might be challenges in other jurisdiction that would be preempted by Verizon’s appeal to the D.C. court, effectively mandating the venue for those disputes.

Verizon has good reason to want its case heard by the Washington D.C. court of appeals: it’s the same three-judge panel that ruled against the FCC in favor of Comcast over blocking peer-to-peer services, effectively setting the current juggernaut over net neutrality in motion. Verizon has even hired the same attorney who handed the case for Comcast.

New malware can steal your credit card details — and it’s spreading fast
This new Windows 11 feature will help you protect your passwords
Big Tech’s superficial support is undermining the right-to-repair movement
Hackers may be hiding in plain sight on your favorite website
How to change the login picture on a Mac
What are mouse jigglers?
Lenovo Slim 9i vs. Apple MacBook Pro 14
The best desktop computers for 2022: Dell, HP, Apple, and more
Here’s how to delete your YouTube account in just a few easy steps
How to create a new team in Microsoft Teams
Best Microsoft Office deals for October 2022
Best cheap printer deals for October 2022
Best laser printer deals: Save on Brother and Canon today