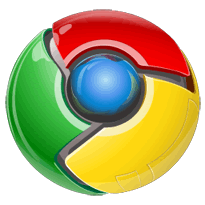 Microsoft’s Internet Explorer and Mozilla’s Firefox Web browsers have long been the standard for the net-connected folk of the world… which is to say, just about everyone, everywhere. However, Google’s Chrome browser, released in late 2008, has quickly become a viable alternative to the other two Web surfing platforms, with users praising its stripped-down interface, improved speed and less demanding memory restrictions. The latest update brings Chrome to version 9, adding a fresh boost of speed and then some.

Perhaps the most exciting addition is support for WebGL, which allows hardware-accelerated 3D graphics to run right in your browser. You’re not going to see Call of Duty levels of visual complexity in your browser window, but there a range of demos available at ChromeExperiments which give an idea of what the newly added functionality offers. Looking at the longer term, WebGL support offers plenty of potential for higher-end in-browser gaming. Even if it isn’t Call of Duty.

Also new is Chrome Instant. Spun off of Google Instant, which updates the results of a web search in real time as you type a phrase in, Chrome Instant puts the functionality directly into your browser bar. In addition to real time search updates in Google, Chrome Instant will also begin loading frequently visited webpages as soon as you start typing the address into the omnibox (Chrome’s multi-functional address bar). In order to use this, you’ll have to enable it in the browser’s settings.

With Chrome 9 now out of beta, the Chrome Web Store is now open and operational for all U.S. customers. The update sees a number of new apps added to the store, including offerings for BBC GoodFood, Sesame Street and Marvel Comics.

There’s no reason not to jump on the update, unless you happen to fear change. And if you do… well that’s something you should get looked at for.

Topics
The best web browsers for 2023
Chromebook vs. laptop: What is a Chromebook, and do I need one?
How to fix audio issues in macOS
The best password managers for 2023
Microsoft Word vs. Google Docs
Turns out DirectStorage isn’t killing frame rates in Forspoken after all
Best laptop deals: Save on Apple, Dell, HP and Lenovo
Wi-Fi not working? Here’s how to fix the most common problems
The best Chromebooks for 2023
Best microSD cards in 2023: top picks for your computer, camera, or drone
The best game-streaming services for 2023
Ranking all 12 versions of Windows, from worst to best
If you think PCs are dying, you haven’t been paying attention