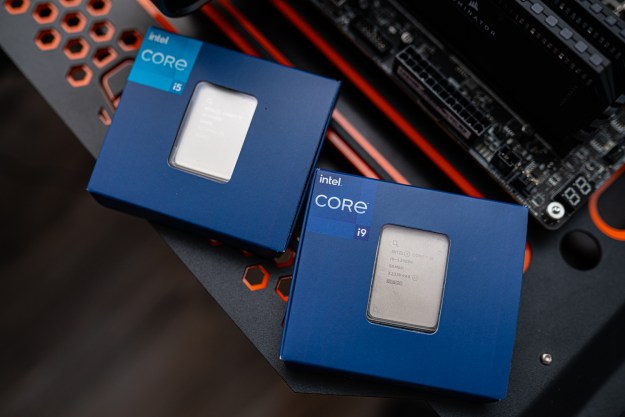 “Finally, Intel and AMD are fighting on even footing, and Intel is coming out on top with value.”

Intel’s 13th-gen Raptor Lake processors might be the most anticipated PC hardware launch this year. It’s not that the chips are particularly exciting on their own — Intel is already battling AMD on the list of the best processors — but because AMD’s Ryzen 7000 processors were released just a few weeks ago.

Intel is promising competitive performance while undercutting AMD on price, aided in no small part by continuing to support DDR4 memory and 600-series motherboards. Intel isn’t reclaiming dominance as it did with the Core i9-12900K, but smart pricing and competitive performance make Raptor Lake a very compelling upgrade option.

Raptor Lake is mostly a refresh to the previous generation of Alder Lake processors. There are a lot of changes, but the approach is very similar in this generation. Thirteenth-gen processors use a hybrid architecture that combines performance (P) cores and efficient (E) cores, which helps boost multi-threaded performance without wasting power on extra cores. That’s the idea, at least.

What’s different? Raptor Lake uses an updated P-core codenamed Raptor Cove, but Intel is sticking with the same Gracemont design that Alder Lake had for the E-cores. Raptor Lake sees a core count bump, with the i9 going from 16 to 24 cores and the i5 going from 10 to 14 cores, but the additional cores use the Gracemont (E-core) design. That’s important to note. Although the Core i9-13900K has more cores than the competing AMD Ryzen 9 7950X, both processors have the same number of threads available.

The other major change comes in cache. There’s a slight bump to Intel’s Smart Cache (6MB on the i9 and 4MB on the i5), but Intel massively increased the L2 cache. There’s just over double the L2 cache in Raptor Lake that there was in Alder Lake, presumably to strike back at AMD’s gaming prowess with chips like the Ryzen 7 5800X3D.

All of those changes come with a slight bump to power — 12W higher on the i9 and i7 models and 31W higher on the i5 model, at least based on Intel’s spec. I’ll dig into power a bit more later.

Intel certainly has a value edge over Ryzen 7000 right now.

There are a lot of changes, but Raptor Lake is still mostly an Alder Lake refresh. And that’s a good thing. The new processors still use the LGA1700 socket, and they’re compatible with all 600-series motherboards. Intel is releasing a new Z790 chipset for Raptor Lake, but both 12th-gen and 13th-gen work across 600-series and 700-series chipsets. If you’re using Raptor Lake with a 600-series chipset, though, make sure you have the latest BIOS before installing the processor.

I reused my Alder Lake test bench for Raptor Lake, minus some DDR5 with a bump in speed. This bump can help accelerate some tasks, though the margins are generally small. I stuck with a Z690 motherboard for testing, as well. Although Z790 supports features like PCIe 5.0 on the M.2 and PCIe slots, there shouldn’t be any performance difference between Z690 and Z790, at least on the CPU.

Nvidia’s new RTX 4090 is here, which gives even more headroom for the processors to shine. But the RTX 3090 is still a ridiculously powerful GPU (and as you’ll see in my results, many games are still GPU limited at 1080p).

PCIe 5.0 may provide a bump in performance in the future for graphics cards, but even the best graphics cards can’t saturate PCIe 4.0 at the moment.

Intel claimed Raptor Lake would bring up to a 15% increase in single-threaded performance and a 41% jump in multi-threaded tasks, which is a bit optimistic based on my testing.

That doesn’t paint Raptor Lake in the best light, but Geekbench is only one benchmark. In a rendering test like Cinebench, the Core i9-13900K showed a massive 47% jump in the multi-core test and a 14% jump in the single-core test, lending much more credibility to Intel’s performance claims. The binned Core i9-12900KS closes that gap a bit, but the 13th-gen chips are far ahead.

Raptor Lake is highly sensitive to frequency, too. You can see how close the Ryzen 5 7600X and Ryzen 9 7950X are in single-core performance, while the Core i5-13600K takes a backseat to the single-core power of the Core i9-13900K. Intel says this is largely due to clock speed, which means overclocks can push the i5 further (given enough cooling).

Premiere Pro is a different beast, and much tighter between AMD and Intel — at least at the high end. Again, though, the i5’s boosted core counts allow it to climb far ahead of the Ryzen 5 7600X. I should note that these tests were run with the integrated GPU turned off on both the Intel and AMD chips. With the integrated graphics on, the Core i9-13900K jumps up into the 1,500’s, far outpacing the Ryzen 9 7950X, while the Core i5-13600K settles around 1,200.

Although Raptor Lake doesn’t provide as large of a generational improvement that the Ryzen 7000 offered, it’s also coming off the coattails of a CPU generation released less than a year ago.

If anything, Raptor Lake is a showcase that Intel is targeting value much more than AMD is now. The i9-13900K undercuts the Ryzen 9 7950X while offering very competitive performance, but the Core i5-13600K is the processor that takes the cake. At around the same price as the Ryzen 5 7600X, Intel’s i5 is offering solid performance advantages.

Intel has taken a backseat to AMD in gaming performance, and Raptor Lake isn’t changing that. Although Intel is now back on top in some games, the margins are too small to matter in many cases. Most games are limited by your GPU, so even at 1080p, the 13th-gen chips only show a difference of a few frames (and sometimes not even that) in Red Dead Redemption 2, Cyberpunk 2077, and Assassin’s Creed Valhalla.

For better, Raptor Lake showed massive gains in Forza Horizon 4, with the Core i5-13600K matching the Ryzen 9 7950X and the Core i9-13900K shooting ahead by 6%. There are gaps between AMD and Intel, but the margins are tight and largely dependent on the game. Forza Horizon 4 shows that Intel is still offering some solid gen-on-gen improvements, however, with the i5 of the current generation beating out the i9 of the previous generation.

Synthetics tests were a bit more favorable to Intel’s processors, with both Raptor Lake chips and the Core i9-12900K topping the charts in 3DMark Time Spy. The Core i9-13900K wasn’t able to best the Ryzen 9 7950X in Fire Strike, though, falling behind by about 11%.

Even in situations that should create a CPU bottleneck, the Raptor Lake chips aren’t providing much of an improvement over the previous generation in most games, and they trade blows with the Ryzen competition. The good news is that the Core i5-13600K often matches the Core i9-13900K, beating out the Ryzen 5 7600X (if only by a few frames).

If you’re on the hunt for the best gaming CPU, it’s hard to go wrong. The Core i5-13600K claims the value crown, but you’re not giving up much with the Ryzen 5 7600X or even the Core i5-12600K. There may be some games that see a boost from Intel’s latest generation, but they’re few and far between.

Intel took a lot of heat in the previous generation for high power draw and thermals, despite the fact that AMD has similar power demands on its most recent chips.

Raptor Lake sees a jump in power, with the i9 and i7 climbing from 241W to 253W, and the i5 going up from 150W to 181W. It sounds like a minor difference, but I spotted a much higher power draw in my testing.

That doesn’t mean the Core i9-13900K just runs at 300W all the time. Your power supply and motherboard determine that, and you can still institute Intel’s power limits (as well as set a lower power limit). It’s not unheard of, either. The binned Core i9-12900KS drew 274W of power in a Cinebench run, and that was with power limits enabled.

Temperatures were unsurprisingly toasty, but the situation isn’t as bad as you might expect. In a stress test like Cinebench, the Core i9-13900K ramped up to its thermal limit of 100 degrees Celsius and stayed there for much of the run, reducing power as needed to keep temperatures in check. Like the Ryzen 9 7950X, these high-end chips are meant to run at their thermal limit when pushed, squeezing out as much power as your cooling allows.

The Core i5-13600K was more reasonable, peaking at 88 degrees in a Cinebench run despite carrying the same thermal limit of 100 degrees.

The Core i9-13900K demands a lot of power and cooling, but that’s the norm for flagship chips now.

Although the Core i9-13900K demands a lot of power and cooling, that’s now the norm for flagship chips with high core counts. The good news is that Intel’s latest chips are capable of maintaining their clock speeds even when pushed into a thermal wall, which is something that wasn’t true with pushed chips like the Core i9-12900KS.

In raw processor performance, the Core i9-13900K is an impressive chip. Although it doesn’t have a commanding lead over the Ryzen 9 7950X, it trades blows remarkably well considering it’s about $100 cheaper. Combine that with cheaper 600-series motherboards and the possibility to reuse DDR4 memory, and Intel’s latest platform ends up significantly cheaper than Ryzen 7000.

But the Core i5-13600K is much more impressive. The boosted core count provides a big edge over the six cores available in the Ryzen 5 7600X, which can make a difference in creative apps like Photoshop, as well as games like Forza Horizon 4 and Cyberpunk 2077 (even if the gains are relatively small). With cost brought into the mix, the Core i5-13600K is a great buy, even if it isn’t miles ahead of the AMD competition.

AMD took 2021 off, but Intel didn’t. For the past two years, we’ve been in a situation where there was a clear performance leader, starting with the Ryzen 9 5950X before moving to the Core i9-12900K and finally settling on the Ryzen 9 7950X. The Core i9-13900K balances the scales, which is a strange change of pace. It isn’t a clear performance leader, but at the price Intel has set, it doesn’t need to be.