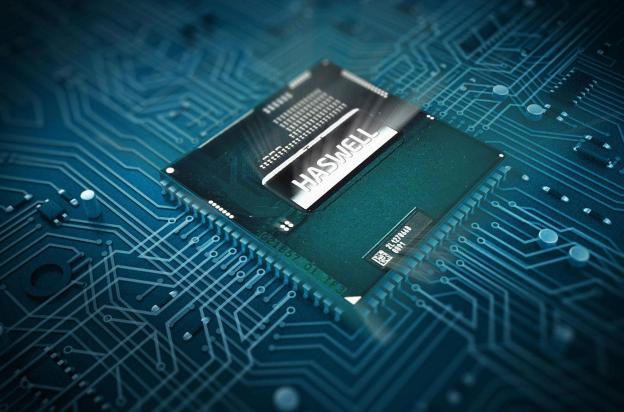 Intel’s Thomas Kilroy, the VP of Sales and Marketing, hosted the company’s keynote presentation at the Computex 2013 trade show this morning, where the focus was on two-in-one hardware and the latest fourth generation Core processor, which we know as Haswell.

Before introducing the Haswell chip, Kilroy addressed the question of whether the PC is dead or alive. He said the PC of the past was dead and that as with previous years, the concept of the PC needed re-inventing. Intel, along with its hardware partners, is going to do again this year with Haswell-powered two-in-ones, where the tablet and laptop come together in a single device.

He described the new Core processor as the first System-on-a-chip designed for PCs, and as it’s thinner, lighter and higher performance than previous generations, it’s ideally suited to the Ultrabook and two-in-one form factor. Haswell is Intel’s largest generational leap ever, offering twice the graphics performance of Ivy Bridge, and 1.5 times the amount of battery life, plus the Intel Iris integrated graphics chip is said to provide the same level of performance as a discrete graphics option.

Much of this we already knew, but we weren’t expecting Intel to push the two-in-one form factor quite as hard as it did. Quoting Asus’ Jonney Shih, Kilroy said these combined laptop/tablet devices were the answer to the question, “Why should we choose?” Several times during the demonstrations, he said they were a, “Laptop when you need it, a tablet when you want it,” which certainly reflects how consumers seem to feel when deciding which one to buy.

While we’ve seen this type of device already, Intel was quick to demonstrate though several on-stage demos how the Haswell processor has improved them, showing voice control (using Dragon software), gaming, multi-tasking, and the convenience of being able to instantly switch between touchscreen and keyboard controls. A highlight was seeing 4K resolution video streamed over 4G, to demonstrate Haswell’s integrated LTE connectivity.

A new 3D camera, referred to as Depth Vision and produced by Creative, was also demonstrated, where objects on screen were virtually manipulated using gestures. It’ll be sold as a separate device later this year, but the technology will be integrated into hardware in 2014. Another exciting gadget briefly shown was a fanless tablet running the Haswell processor, but sadly no details on the model were shared.

Kilroy called Haswell two-in-one devices, “Game changing,” and referred to them as, “the best of both worlds,” “the new normal,” and saying they offer, “PC performance with tablet mobility.” We can expect a wide range of Haswell-powered two-in-one hardware to hit the shops at the end of the Back to School period – so around late September – from manufacturers including HP, Toshiba, Acer, Asus, Lenovo, Panasonic, and Dell. Examples of each will be on display during the Computex show, and prices will start at just $400 when the time comes.

The best Intel processors for 2022
This 15-inch Dell laptop is just $250 today, but it’s selling fast
Best Dell XPS deals: Save on XPS 13, XPS 15 and XPS 17
Best Chromebook deals: Get a new laptop from $99
Apple’s VR headset may launch soon, intriguing leak suggests
The most innovative monitors of 2022
The most innovative tech products of 2022
Why I refuse to buy The Callisto Protocol on PC, even with an RTX 4090
Nvidia and AMD GPU prices could skyrocket again in 2023. Here’s why
How to safely overclock your Intel or AMD CPU
ChatGPT: how to use this viral, often hilarious AI chatbot
What does the lock mean on Snapchat?
I replaced my MacBook with a Quest Pro for a full work week. Here’s what happened