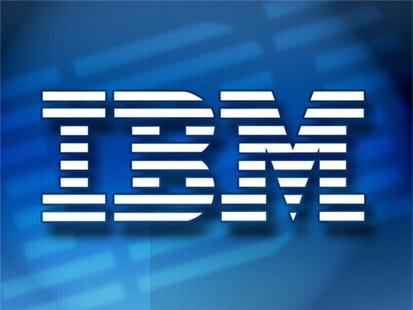 The Justice Department is looking into allegations that IBM Corp. has abused its dominant position in the market for mainframe computers, the data-crunching heavy lifters of the computing world that IBM introduced in the 1960s and which are now used to process some of the most sensitive data in banking, government and health care.

The accusations stem from claims by IBM rivals that they’ve been illegally frozen out of the mainframe market because of IBM’s refusal to allow its mainframe operating software to run on non-IBM computers. IBM doesn’t have many rivals anymore that make mainframe computers, but some smaller companies are trying to develop technologies that would allow the software to run on cheaper hardware.

They allege that IBM, which used to license its mainframe software to competitors and for the back half of the last century operated under an antitrust agreement with the government, stopped doing so in recent years to choke off competition.

Known for their reliability, mainframes can cost $1 million or more each and are behind many everyday transactions. Withdrawing cash from an ATM, for example, often involves the ATM pinging a mainframe at the bank where the customer’s data is stored to make sure there’s enough money in the account.

The Computer and Communications Industry Association, an industry organization that complained to the Justice Department last month about IBM’s behavior, said Wednesday the government has started examining its allegations by sending out formal requests for information about the mainframe market to IBM rivals.

“IBM will tell big customers that if you buy that other stuff, we’re not going to let that stuff talk to our stuff,” said Ed Black, CEO of the trade group. “We think of the Internet as open and innovative, but that’s a lock ’em up and keep ’em locked up strategy. That’s very unsatisfactory for the customer base.”

One of the companies that received a request from the Justice Department was Tampa, Fla.-based T3 Technologies Inc., which in January lodged a formal complaint against IBM with European antitrust regulators and is suing IBM in the U.S. alleging antitrust abuses.

The company, a reseller of IBM mainframes from 1992 to 2002, says IBM has tried to thwart its expansion into making mainframes by denying it licenses for IBM’s mainframe software, something done “for no reason other than to remove all competition from the mainframe market.”

T3’s president, Steven Friedman, didn’t respond to messages from The Associated Press late Wednesday. The Justice Department would not comment on a potential antitrust investigation.

In a statement, IBM pointed to a decision last week by a judge in the U.S. District Court for the Southern District of New York dismissing T3’s complaint against IBM.

“We understand the Department of Justice has asked T3 for documents from the litigation,” IBM said. “We continue to believe there is no merit to T3’s claims, and that IBM is fully entitled to enforce our intellectual property rights and protect the investments that we have made in our technologies.”

Armonk, N.Y.-based IBM said it will cooperate with any inquiries from the Justice Department.

That case stems from a conflict between IBM and Platform Solutions Inc., whose technology was used to run IBM’s mainframe operating software on non-IBM computers. Platform had also complained to European regulators about IBM’s conduct, until IBM bought Platform last year and the companies dropped their lawsuits against each other.

T3 had joined the case on Platform’s side.

For nearly 50 years the company operated under an agreement with the government that sought to limit IBM’s power in certain markets. The agreement, a so-called antitrust consent decree, was struck in 1956 to settle allegations of monopoly abuse in the market for electronic tabulating machines. It also covered computers, and parts of it gradually phased out until all provisions were dropped in 2001.

Hackers could use this nasty bug to expose government websites

This vulnerability allowed hackers to access every aspect of your Mac