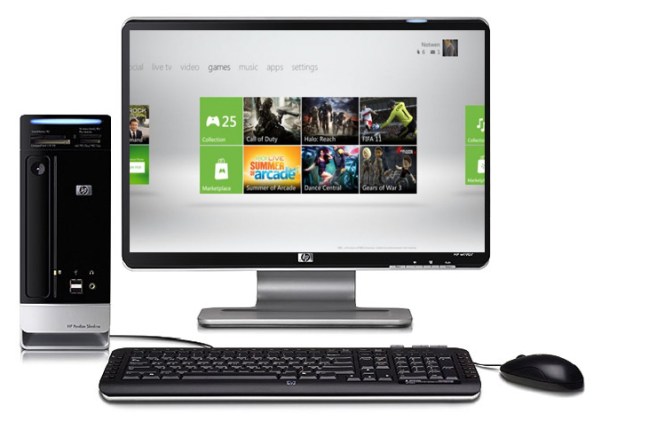 Microsoft may have just unintentionally announced one of the biggest features coming to Windows 8. In an interview with the Seattle Times, Microsoft VP of global marketing for interactive entertainment business Mike Delman says Xbox Live will integrate with Windows 8 in the future, making it available to users via PC. “Live has been successful on the Windows Phone. Live will be built into the PC. It will be the service where you get your entertainment. We were talking about it – you will not just see consoles and handhelds at this show next year, this show’s going to morph into other devices.” Seems like a rather off-handed way to make such a big announcement, but now we can add another element to our Windows 8 expectations.

Earlier this week at its E3 press conference, Microsoft announced it would be offering live TV via Xbox beginning this fall. Confirming speculation that the company is ready to pursue providing entertainment via Xbox outside of gaming, Microsoft will partner with “some of the world’s latest TV operators to bring live television to Xbox Live.” This service will first be available in the UK, France, and Australian but will expand stateside over the next year. Microsoft recently announced that its Xbox Live users are logging 2.1 billion “entertainment hours” each month. Rumors about an Xbox Live IPTV service have circulated for some time, but weaving this into Windows 8 has been virtually unheard of until now.

Delman explained how this would look and feel on the PC interface. “There will be a lot of similarities in design and service philosophy. Whether it’s us or Apple or anybody else, people want to be able to navigate through multiple devices in a certain ecosystem very seamlessly so we’re committed to that.” The new Windows 8 layout has been heralded for unifying with the Windows Phone 7 template, as has the new Xbox Live interface – finally giving Microsoft some much needed unity in its various platforms’ UIs.

The service signals an expansion of what Xbox Live is for the company, and Delman says it’s going to become the “pervasive media service” across all the brand’s devices. This has a few implications, one being that it likely signals the end of Zune-branded software. The PMP hardware has been dead in the water for awhile now, but if Microsoft intends to roll all of its entertainment services into Xbox Live and install it in its electronics, then Zune’s only remaining purpose is eliminated. Despite everything Zune had to offer, Microsoft was never able to market it for wider consumer appeal, and now fusing all the entertainment platforms it has into one, distinct entity seems to be the company’s main priority. “We have a ton of assets. Unifying the assets will be good for us and good for consumers,” Delman says.