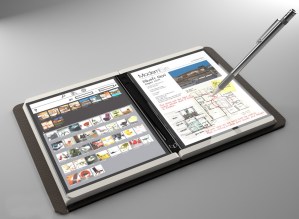 Microsoft has closed down Pioneer Studios roughly three years after its launch, CNET reports. It was the creation of company executive J Allard, who announced his retirement just about a year ago along with Robbie Bach. Pioneer was established to develop outside the box ideas, though its failure to produce anything marketable coupled with Allard’s 2010 departure almost certainly fueled the decision to pull the plug.

The confirmation came from a Microsoft spokesperson, who said that the division’s offices have been emptied and that employees have either moved to other departments or left the company all together. In addition to contributing to the development of Windows Phone 7, Xbox 360 and Zune, Pioneer also worked on two notable, now-dead Microsoft projects, the dual screen Courier tablet and the discontinued Kin phones. Interestingly, the Courier cancellation came just a few weeks before Allard left the company and the Kin was taken out of production a little more than a month after he left. Without that creative force steering Pioneer, it simply sputtered out, as the newly confirmed closing illustrates.

Allard was a forward-thinking executive — the Chief Experience Officer — and one of Microsoft’s brightest talents during his time at the company. He foresaw the rise of the Internet in 1994 and is considered to be responsible for TCP/IP functionality being integrated into Windows 95. He also oversaw the development and launch of the original Xbox, Microsoft’s first (highly successful) crack at competing in the video game console space, and helped get the Zune media player off the ground.

Topics
Ranking all 12 versions of Windows, from worst to best
The best game-streaming services for 2023
The best Chromebooks for 2023
Best laptop deals: Save on Apple, Dell, HP and Lenovo
Best Gaming PC Deals: Save on RTX 3070, 3080, 3090 PCs
The 6 biggest problems with ChatGPT right now
Pro users are already unhappy with the upcoming Mac Pro
How to schedule an email in Outlook
15 years later, the MacBook Air could soon have its best year ever
How to watch Super Bowl 2023 on your computer
Microsoft Word vs. Google Docs
Turns out DirectStorage isn’t killing frame rates in Forspoken after all
Wi-Fi not working? Here’s how to fix the most common problems