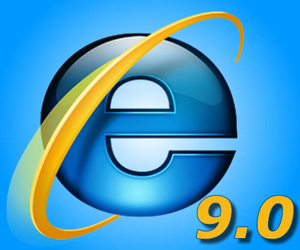 Microsoft dropped the latest update to its veteran web browser on Monday night with the release of Internet Explorer 9. While the application continues to be a market leader, its dominance has slipped a little in recent years due to the popularity of Mozilla’s Firefox and Google’s Chrome alternatives. As expected however, users still flocked to download the software update and Microsoft is pretty pleased with the results.

IE9 saw 2.35 million downloads in its first 24 hours of availability, Microsoft reveals on The Windows Blog. The number shakes out to roughly 27 downloads every second, or roughly 240 every 9 seconds. See, they gave the “9 seconds” statistic because it’s IE9 we’re talking about. Ah ha!

While 2.35 million is certainly impressive, it doesn’t even come close to the world record. In 2008, Mozilla’s release of Firefox 3 got more than 8 million downloads in its first 24 hours, gaining an official entry in the Guinness Book of World Records for that achievement. Despite the big Mozilla success several years back, the Microsoft browser continues to sit at the top of the heap in terms of its usage stats.

Web tracking site StatCounter lists usage of IE at 45.44 percent of the market as of February 2011, down from where it was exactly one year earlier at 54.5 percent. Mozilla, which releases its Firefox 4 next Tuesday, has held pretty steady, dipping only slightly from 31.82 percent in February 2010 to the current figure of 30.37 percent.

Google’s Chrome is the one that both of the top competitors should be wary of. The browser launched in late 2008 and it currently holds 16.54 percent of the market. While the figure might not seem impressive at first glance, it is more than double the 6.72 percent figure that Chrome was at exactly one year earlier and exponentially higher than the February 2009 figure of 1.52 percent. If the Google browser continues at this pace, the three-way stat race is going to be a much tighter one by this time next year.