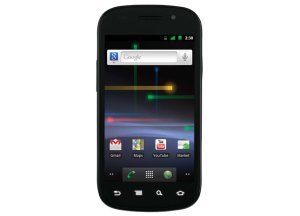 Sprint may not be too happy with the AT&T acquisition of T-Mobile, but there are still reasons for the company to celebrate today. A now-removed listing on its website revealed that Nexus S is coming to the network with “fully integrated” support for Google Voice, Engadget reports.

“Use the same number for all your calls and get cool features like voicemail transcription, Web calling and more,” a search on Sprint’s website for “nexus” revealed before it was removed. With the wireless provider’s CTIA presentation coming later today, you can expect the listing to be restored in short order.

Why wait though? The new Nexus S has already been confirmed and revealed on the Google Mobile Blog in a post this morning. Some technical details about the phone are also revealed, which you can read right here:

“We co-developed Nexus S 4G with Samsung to tightly integrate hardware and software and highlight the advancements of Gingerbread. Nexus S 4G takes advantage of Sprint’s high-speed 4G data network. It features a 4” Contour Display designed to fit comfortably in the palm of your hand and along the side of your face. It also features a 1GHz Hummingbird processor, front and rear facing cameras, 16GB of internal memory, and NFC (near field communication) hardware that lets you read information from everyday objects that have NFC tags.”

Google also included a link to its Google Voice Blog in the Nexus S 4G reveal post, offering some details of how the Sprint integration works with a new video. Sprint and Google Voice phone numbers will be interchangeable, meaning that users will be able to use either one on their phones without porting it over while also gaining the benefits of Google’s service, which includes having one phone number ring across multiple phones. The integration also replaces Sprint’s voicemail service with Google Voice.

Here’s the video, which lays out all of the details described above in a friendly voice, with soothing music and bright colors:

Topics
Video-editing app LumaFusion to get a Galaxy Tab S8 launch
iCloud might be sending your photos to strangers’ computers
Windows 11 vs. Windows 10: Finally time to upgrade?
How to insert a signature in Apple Pages
Beware — even Mac open-source apps can contain malware
Apple’s VR headset may launch soon, intriguing leak suggests
The most innovative monitors of 2022
The most innovative tech products of 2022
Why I refuse to buy The Callisto Protocol on PC, even with an RTX 4090
Nvidia and AMD GPU prices could skyrocket again in 2023. Here’s why
How to safely overclock your Intel or AMD CPU
ChatGPT: how to use this viral, often hilarious AI chatbot
What does the lock mean on Snapchat?