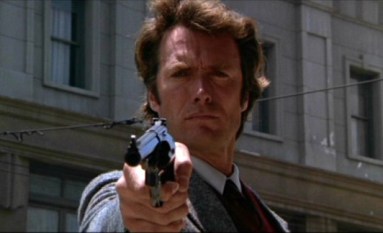 Larry Ellison ratcheted up his rhetoric against IBM Corp. on Wednesday, challenging Oracle Corp.’s longtime partner and rival to “make our day” in a battle over business software performance.

Ellison, Oracle’s billionaire CEO, shook up the technology world in April by outbidding IBM and snatching up struggling server and software maker Sun Microsystems Inc. for $7.4 billion. The deal, which still needs approval from European antitrust authorities, would make Oracle more of a one-stop technology shop, like IBM. It led to a feeding frenzy on Sun’s customers, with IBM and Hewlett-Packard Co. playing on fears about Oracle’s plans for Sun’s technology to steal business from Sun.

Ellison fought back Wednesday in a speech in San Francisco, promoting a $10 million prize Oracle is offering to any organization that finds Oracle’s database software doesn’t run at least twice as fast on Sun servers as it does on IBM’s fastest computers.

“IBM, you are more than welcome to enter,” he said, to laughs from a crowd of Oracle customers at the company’s OpenWorld conference. “If you’d like to take us on, make our day.”

IBM spokesman Tim Breuer said the heightened rancor may be fueled by the “large amounts of share” Sun has been losing to IBM. Market research firm IDC’s latest numbers show Sun, the fourth-biggest server maker, losing more than a percentage point of market share in the past year, while IBM has widened its lead as the world’s No. 1 server seller.

Breuer said the number of contracts IBM has stolen away from Sun more than doubled from the first to second quarter this year after the Oracle-Sun tie-up was announced. He declined to comment specifically about Ellison’s challenge.

In his speech, Ellison also showed off a highly anticipated new package of applications that the company has spent years developing and is a key part of Oracle’s challenge to Germany-based business software maker SAP AG.

But he spent much of the hour-and-a-half keynote taking shots at Armonk, N.Y.-based IBM, a technology powerhouse that makes most of its money selling services and software but also has a strong presence in computer servers. It’s a profitable trifecta that other technology companies are trying to emulate.

Last month, the companies unveiled a new “database machine” built from Sun hardware and Oracle software that they said was twice as fast as the previous generation of the device, which was built by HP. When that device was unveiled last year, it marked the first time in Oracle’s history that Oracle sold computer hardware.

On Wednesday, Ellison touted data that he says shows Oracle’s software running on Sun’s servers outperforms systems from IBM, a claim IBM has disputed since it first surfaced in August in an Oracle advertising campaign.

The claim earned Oracle a $10,000 fine from the Transaction Processing Performance Council, an industry group that said Oracle didn’t submit its test results before running the ads.