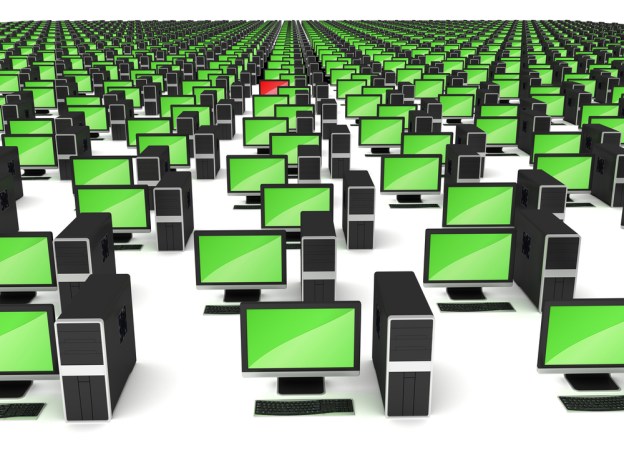 IDC said the fall marked “the first time in more than five years that the PC market has seen a year-on-year decline during the holiday season.”

As well as a sluggish world economy, the emergence prior to 2012’s gift-giving season of a number of feature-rich, attractively-priced tablets from the likes of Amazon and Google no doubt also played its part in the decline, with the late October launch of Microsoft’s new Windows 8 operating system apparently failing to have any major positive impact on global PC shipments.

“Although the third quarter was focused on the clearing of Windows 7 inventory, preliminary research indicates the clearance did not significantly boost the uptake of Windows 8 systems in Q4,” Jay Chou, senior research analyst with IDC’s Worldwide Quarterly PC Tracker, said in a release announcing the latest figures.

“Lost in the shuffle to promote a touch-centric PC, vendors have not forcefully stressed other features that promote a more secure, reliable and efficient user experience,” Chou said, adding, “As Windows 8 matures, and other corresponding variables such as Ultrabook pricing continue to drop, hopefully the PC market can see a reset in both messaging and demand in 2013.”

Lenovo closing in on HP

For the whole of 2012, HP retained the top spot with 58.1 million shipments though this represented a 6.7 percent fall on 2011’s figures. Lenovo is clearly the main threat to HP – it shipped 52.4 million units in 2012, marking an increase of nearly 20 percent.

The US market saw a 4.5 percent drop in year-on-year fourth quarter shipments, and a 7 percent decline for the full year.

IDC research director David Daoud put this down to the fact that many consumers had been expecting “all sorts of cool PCs with tablet and touch capabilities.” But instead they were offered mostly “traditional PCs that feature a new OS (Windows 8) optimized for touch and tablet with applications and hardware that are not yet able to fully utilize these capabilities.”

Topics
I built a couch gaming PC that puts the PS5 to shame — and you can too
If you think PCs are dying, you haven’t been paying attention
The best touchscreen monitors in 2023
40 years ago, Apple’s original Macintosh started a revolution
Dell is having a big sale on business laptops — up to $2,500 off
Ends soon: sign up for NordVPN today and save up to 62%
New AMD laptop CPU destroys its predecessor, winning by 90%
Lenovo is practically giving away this 2-in-1 Chromebook today
This micro-LED advancement is exactly what AR and VR needs
An AI-generated TV channel is mimicking ’90s sitcoms to nightmarish effect
LastPass vs. 1Password: should you switch?
How to overclock Intel’s Arc GPUs for better performance
I asked AI to recreate the best Super Bowl commercials — to hilarious and horrifying effect