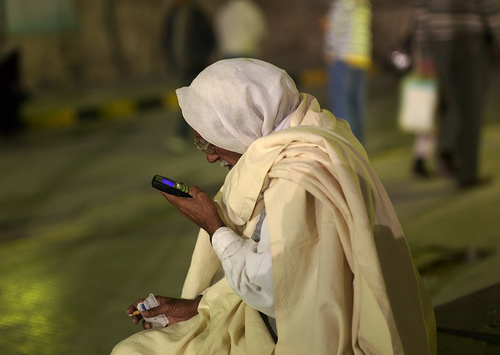 According to the Wall Street Journal, Libyan-American telecommunications executive Ousama Abushagur and his team are responsible for hijacking Libyan leader Moammar Gadhafi’s cellular network and converting it into a rebel communication system. The network is also allowing Libyans to contact others nationally and internationally after being without Internet and phone capabilities for about a month.

The network, fittingly named “Free Libyana,” has been up and running since April 2, and was announced to the world via Twitter April 6. Instructions for Libyans on how to use the service can be found on Abushagur’s blog (domestic calls are currently free of charge). His first call was to his wife. “She’s the one who told me to go it in the first place,” he told WSJ. While Libyans are assuredly enjoying the ability to contact loved ones and communicate with the outside world, Free Libyana has further reaching implications. The network will finally allow rebel forces to at least attempt communication and find outside support.

Abushagur came up with the engineering feat on a napkin, planning to commandeer Gadhafi-controlled Libyana network signal to create his own network. But it wasn’t without obstacles: The team was denied access to Huawei hardware (which worked with Libyana and didn’t want any rebel affiliation). But help came in the form of the United Emirates and telecommunications company Etisalat.

The service has opened doors for Libya’s revolutionaries and ordinary citizens alike, who have been secluded in their country under Gadhafi’s reign. The Libyan government has yet to comment on the rebel network.