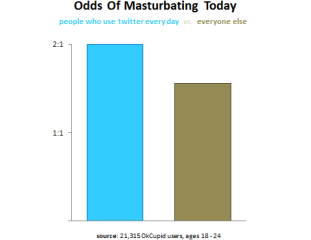 Twitter wants more control over its platform. What better way to reach that goal than purchasing one of its top third-party clients? According to sources close to Michael Arrington of TechCrunch, Twitter has definitively purchased TweetDeck for somewhere between $40 and $50 million.

Of course, this is a reversal of the TechCrunch article from February that stated UberMedia had definitively purchased TweetDeck. Arrington claims that Twitter got wind of the TweetDeck deal and offered more money than UberMedia. Twitter feared having too many of its clients owned by one company. UberMedia already owns EchoFon, a popular Twitter client. If it would have gone through through with the purchase, that would have equalled roughly 30 percent of active Tweeters.

Has Twitter actually purchased TweetDeck? Did it make the buy in a defensive move against UberMedia–a company that Twitter shut off service to not so long ago? We don’t know, but if this is all true, an announcement should come in the next few days, claims Arrington.

Topics
AOL buys About.me four days after launch
HP 72 Hour Flash Sale: The 6 best laptop deals, from $250
Samsung’s first QD-OLED gaming monitor might be dead on arrival
Latest Dell sale sees must-have laptops starting from $380
Chrome’s take on Nvidia DLSS is set to launch, but you can’t use it yet
Lenovo Yoga 7i 2-in-1 laptop just got a $700 price cut
Google’s new Bard AI may be powerful enough to make ChatGPT worry — and it’s already here
Why you probably shouldn’t buy the $599 M2 Mac mini
Samsung’s 34-inch Ultra-WQHD monitor is $200 off right now
This HP gaming PC with an RTX 3080 is $700 off
Best Buy laptop deals: get a brand new laptop from $180
Apple has a plan to fix Mac gaming — but will it work?
This RTX 3050 gaming laptop is $650 in Dell’s clearance sale