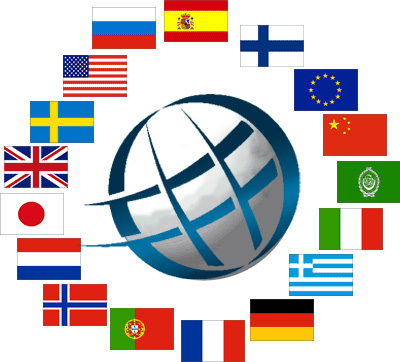 In the midst the forthcoming rampant expansion of the Internet, the US government will look to gain veto power over future domain name suffixes. Numerous additions, like .car, .movie, and .web, could be officially introduced next month. But before any new top level generic Top Level Domains (gTLDs) are allowed into our address bars, ICANN’s international representatives have to sign off on them.

Until now, ICANN’s policy for gTLD applications were only rejected based on its Limited Public Interest Objection rule, which simply mean that unless a proposed gTLD offended the “generally accepted legal norms of morality and public order that are recognized under principles of international law,” it passed.

ICANN retains authority from any government, but some international entities have lobbied concern over US control since the independent web organization is housed stateside. But this most recent suggestion seems like a move for the US government to find favor with its global ICANN colleagues by giving the advisory panel increased powers over domain name registration. According to the proposal, any government “may raise an objection to a proposed (suffix) for any reason.”

Aside to argument over specific domain names, the government is feeling the need to defend its right to veto power over the web addresses. In a statement to CNET, the Commerce Department’s National Telecommunications and Information Administration (NTIA) said that taking such action “has merit as it diminishes the potential for blocking of top level domain strings considered objectionable by governments. This type of blocking harms the architecture of the DNS and undermines the goal of universal resolvability (i.e., a single global Internet that facilitates the free flow of goods and services and free of expression).” Which, as CNET points out, is a very p.c. way to say that global conservative regimes might block certain domains (like .gay) that we wouldn’t, and this could lead to a fragmented web.

In addition to veto power, there will be an $185,000 application fee attached to new gTLDs, as well as an annual ICANN fee of $25,000 to retain control of the web suffix. The hefty price tag has outraged Internet rights groups that believe the panel simply wants to take advantage of the situation. According to the Washington Post, ICANN’s chair of the board of directors Peter Dengate Thrush insists the steep costs are to ward off cybersquatters and protect the organization in case of lawsuits. “Our job is to protect competition and give extra choices for consumers and entrepreneurs,” Thrush said. ICANN will meet in March to discuss the proposal.

The Internet is being opened up in a way it hasn’t before, and there’s speculation that the race for domain names will only confuse and clutter web navigation. Over the next week, industry analysts and experts will meet in San Francisco for the first .nxt conference to discuss the US’ proposal as well as current ICANN regulations.