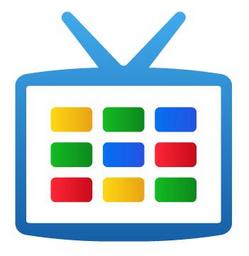 Google continues to face difficulties in getting old media to play along with its Internet TV effort. Major broadcast networks Fox, CBS, ABC, and NBC have all blocked their Web content from being streamed through a Google TV device. And now, big time media conglomerate Viacom has also joined the embargo, stopping the flow of its Web-hosted content to Google TV devices.

Viacom’s move has potential to impact a broad swath of Google TV users who have grown accustomed to steaming online videos and TV episodes. The media giant’s holdings include Comedy Central, MTV/VH1, and Nickelodeon. That means for users of Logitech’s or Sony’s Google TV supported devices no streaming of The Daily Show, no The Colbert Report, no whatever-it-is-that-MTV-now-shows, no SpongeBob SquarePants for the kids.

Viacom’s eschewing of Google is no real surprise. In fact, the only surprise is that it took so long. The two companies have a less than friendly relationship. In 20007 Viacom brought a lawsuit against Google over alleged copyright infringement on YouTube. Earlier in the year, a judge sided with Google in the $1 billion dollar suit prompting Viacom to announce that it would appeal.

In spite of the bad blood, it’s probable that Viacom would be happy to reach a licensing deal to allow Google TVs to access to its Web content. It’s widely believed that media companies are primarily concerned about losing TV ad revenues if their content becomes more widely available through the Internet. A licensing deal that would see Google compensating companies would likely be the quick fix to restore blocked material.

For the moment, those affected do have one recourse to get around the blockade: tweaking the Chrome browser’s user agent setting (this also allegedly works for circumnavigating blocked content on other sites as well). However, this workaround is likely to be  soon plugged, – as recently happened with Fancast – so enjoy it while it lasts.

The best AI image generators to create art from text
How to send a text message from your email account
Microsoft warns that relying on Internet Explorer may cause disruptions
Google may have just fixed Chrome’s most annoying problem
Why you need to order LG’s 240Hz OLED gaming monitor
2 ways the new MacBook Pro may be worse than the 2021 model
Hackers dug deep in the massive LastPass security breach
HP Dragonfly Pro vs. Apple MacBook Pro 14: a solid alternative?
I can’t believe I’m recommending Forspoken on PS5 over PC
The best ergonomic keyboards for 2023
The best keyboard wrist rest in 2023
A NordVPN 2-year plan is 63% off for the rest of today
This HP laptop is typically $1,800, but right now it’s just $629