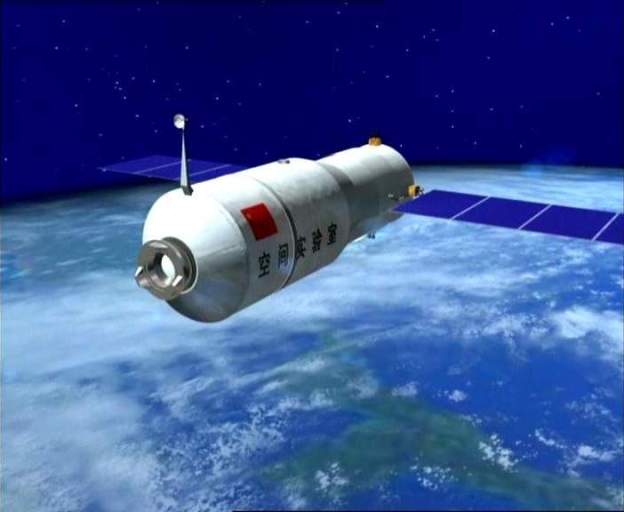 China has taken its first major steps into space over the last decade, sending out its first astronaut in 2003 and making its first spacewalk in 2008. Last week, the country achieved another milestone by successfully launching the first module in its planned space lab.

The unmanned Tiangong 1 (which translates to “Heavenly Palace”) is the first part of a four-module spacecraft, and is intended to test orbital docking capabilities and provide some preliminary space research. The craft will be joined in November by another unmanned module, the unmanned Shenzhou 8, and and then in 2012 the manned Shenzhou 9 and 10 are scheduled to launch.

The full, 60-ton space station is expected to be completed by 2020, with Tiangong 1 offering an early look at how the separate modules will be joined in space.

China is the third country (after Russia and the United States) to develop the ability to send astronauts into space and return them safely. If this year’s two unmanned missions are successful, the Shenzhou 10 mission is expected to bring the Tiangong 1 its first crew —- a team that might include China’s first female astronaut.

This tech was science fiction 20 years ago. Now it’s reality
The latest wild idea for space exploration? Robots made from hunks of ice
Behind the scenes: How Apple designed its most exclusive product ever
How SpaceX could transform Starlink into an ultraprecise GPS network
Apple iPhone 13 buying guide: Release date, price, specs — everything we know
Three things the Microsoft Surface Duo 2 needs to succeed
Why are so few people actually using 5G in the U.S.? Here’s what the experts say
5G-enabled billboard in Times Square briefly brings interactive game to masses
Sustainable with Google 2021: Nest Renew, traffic light efficiency, and more
The 20 most outrageous and fantastic James Bond gadgets of all time
AirPods 3 could finally debut at Apple’s Unleashed event on October 18
Scientists think the next big solar storm could create an ‘internet apocalypse’
Need a last-minute Halloween costume? Check out these 3D-printable getups