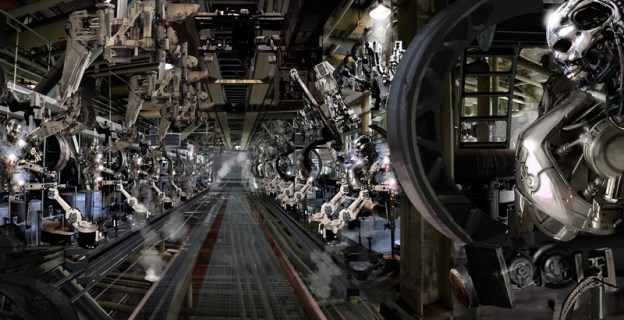 Now that we’re starting to embrace the impending robot revolution, it’s probably a good time to start thinking about the legal issues surrounding robot-human coexistence. Thankfully, the University of Miami School of Law is already on top of the issue, and is organizing a conference to discuss how the law should be interpreted when it comes to robots.

Called “We Robot: Inaugural Conference on Legal and Policy Issues Relating to Robotics,” the conference is looking for lawyers and scholars of all manner, as well as robot designers and engineers with information and/or projects that would enhance the discussion. The school’s website offers a list of topics it hopes to address in the conference, including:

Effect of robotics on the workplace, e.g. small businesses, hospitals, and other contexts where robots and humans work side-by-side.
Regulatory and licensing issues raised by robots in the home, the office, in public spaces (e.g. roads), and in specialized environments such as hospitals.
Design of legal rules that will strike the right balance between encouraging innovation and safety, particularly in the context of autonomous robots.
Issues of legal or moral responsibility, e.g. relating to autonomous robots or robots capable of exhibiting emergent behavior.
Issues relating to robotic prosthetics (e.g. access equity issues, liability for actions activated by conscious or unconscious mental commands).
Relevant differences between virtual and physical robots.
Relevant differences between nanobots and larger robots.
Usage of robots in public safety and military contexts.
Privacy issues relating to data collection by robots, either built for that purpose or incidental to other tasks.
Intellectual property challenges relating to robotics as a nascent industry, to works or inventions created by robots, or otherwise peculiar to robotics.
Issues arising from automation of professional tasks such as unauthorized practice of law or medicine.

Anyone with an interest in attending the conference or presenting their own topic for discussion will need to submit all of the appropriate paperwork by January 13.

Oh, and if you do attend the conference, remember to behave appropriately. After all, Skynet is watching.

The future of manufacturing: A look ahead to the next era of making things
Part Terminator, part Tremors: This robotic worm can swim through sand
The future of automation: Robots are coming, but they won’t take your job
Evolving, self-replicating robots are here — but don’t worry about an uprising
Three things the Microsoft Surface Duo 2 needs to succeed
Why are so few people actually using 5G in the U.S.? Here’s what the experts say
5G-enabled billboard in Times Square briefly brings interactive game to masses
Sustainable with Google 2021: Nest Renew, traffic light efficiency, and more
The 20 most outrageous and fantastic James Bond gadgets of all time
AirPods 3 could finally debut at Apple’s Unleashed event on October 18
Scientists think the next big solar storm could create an ‘internet apocalypse’
Need a last-minute Halloween costume? Check out these 3D-printable getups
Siduri Wines blends wine and tech in the ultimate sweepstakes experience