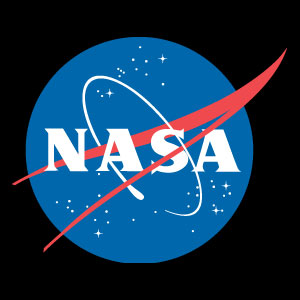 Five of the possible planets are similar in size to the Earth and orbit in the habitable zone of smaller, cooler stars than our sun.

Candidates require follow-up observations to verify they are actual planets.

“In one generation we have gone from extraterrestrial planets being a mainstay of science fiction, to the present, where Kepler has helped turn science fiction into today’s reality,” said NASA Administrator Charles Bolden. “These discoveries underscore the importance of NASA’s science missions, which consistently increase understanding of our place in the cosmos.”

The discoveries are part of several hundred new planet candidates identified in new Kepler mission science data, released on Tuesday, Feb. 1. The findings increase the number of planet candidates identified by Kepler to-date to 1,235. Of these, 68 are approximately Earth-size; 288 are super-Earth-size; 662 are Neptune-size; 165 are the size of Jupiter and 19 are larger than Jupiter.

“The fact that we’ve found so many planet candidates in such a tiny fraction of the sky suggests there are countless planets orbiting sun-like stars in our galaxy,” said William Borucki of NASA’s Ames Research Center in Moffett Field, Calif., the mission’s science principal investigator. “We went from zero to 68 Earth-sized planet candidates and zero to 54 candidates in the habitable zone, some of which could have moons with liquid water.”

Kepler, a space telescope, looks for planet signatures by measuring tiny decreases in the brightness of stars caused by planets crossing in front of them. This is known as a transit.

Since transits of planets in the habitable zone of sun-like stars occur about once a year and require three transits for verification, it is expected to take three years to locate and verify Earth-size planets orbiting sun-like stars.

The star field that Kepler observes in the constellations Cygnus and Lyra can only be seen from ground-based observatories in spring through early fall. The data from these other observations help determine which candidates can be validated as planets.

Get your Sagan on with 60 awe-inspiring photos of the final frontier
NASA’s OSIRIS-REx spacecraft to perform an asteroid sampling rehearsal
NASA recruits gamers to help identify and map the world’s corals
How NASA’s VIPER rover will tackle the problem of moon dust
The best light therapy lamps
CES 2022: The biggest news and announcements so far
Taco Bell’s Xbox Game Pass-style pass will put a taco in your belly daily for $10 a month
The weirdest tech we spotted at CES 2022
K-pop NFTs are here, but I’m not convinced they’re worth it
Solving VR’s ‘infinite walking’ problem with moon boots
Fighting football injuries with 3D-printed, hyper-personalized pads
Inside the U.K. lab that connects brains to quantum computers
ClipDart is an on-demand barber app aimed at people of color