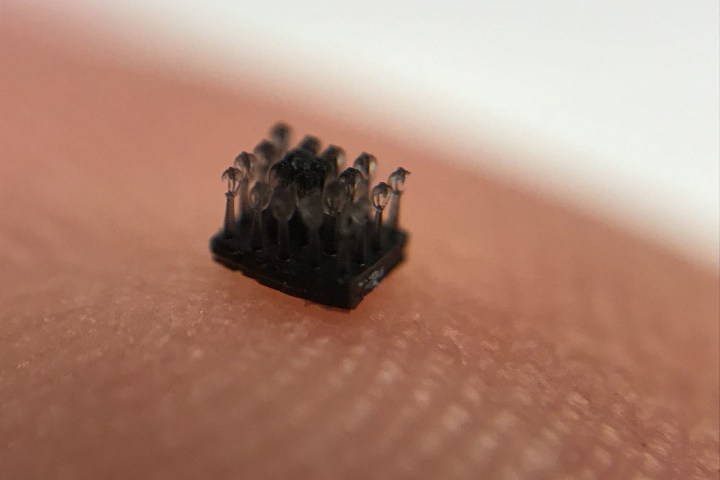 Mother Nature is perhaps the most reliable muse, inspiring the likes of artists, scientists, and engineers with tried-and-true evolutionary designs. But many of nature’s most sophisticated structures have only recently been unlocked, enabling researchers to mimic things like a gecko’s grip and the ability of an octopus to camouflage itself.

To tackle some of today’s most pressing man-made natural disasters, a team of researchers from the University of Southern California have turned to the leaves of a floating fern called Salvinia molesta, which have strange eggbeater-shaped protrusions. The unusual shape contained within these leaves makes them “super-hydrophobic,” meaning they repel water. The aim is to make man-made materials that are inspired by these leaves that can separate oil from water, hopefully resulting in more efficient oil spill cleanups.

“In our work, super-hydrophobic, micro-scale artificial hairs with eggbeater heads inspired by the Salvinia molesta leaf were fabricated by a new three-dimensional printing process,” Yong Chen, a USC engineer who led the research, told Digital Trends. “We are the first to build this eggbeater structure, at the same size as in nature, by using 3D-printing technology.”

It isn’t easy to re-create the complex structures found in nature. To do so, Chen and his team used an advanced technique called immersed surface accumulation 3D printing to develop the array of microstructures that have both super-hydrophobic and oil-absorbing properties. Together, these forces offer an efficient way to separate oil from water, and potentially clean up vast areas on contaminated ocean.

“Eventually, the technology can be applied to manufacture materials in large scale and accommodate massive oil spills in the ocean,” Chen said. “The ‘Salvinia effect’ also has the potential for liquid-handling technology that executes micro-droplet manipulation, a breakthrough where the adhesion of liquid to a robotic arm can be tuned accordingly and result in the efficient transfer for tiny amounts of liquid and 3D cell culture.”

So far, the researchers have developed a small prototype demonstrating the eggbeater structures. Moving forward, they plan to increase the size of their structure to treat larger areas, such as oceans impacted by oil spills.

A paper detailing the prototype structure was recently published in the journal Advanced Materials.