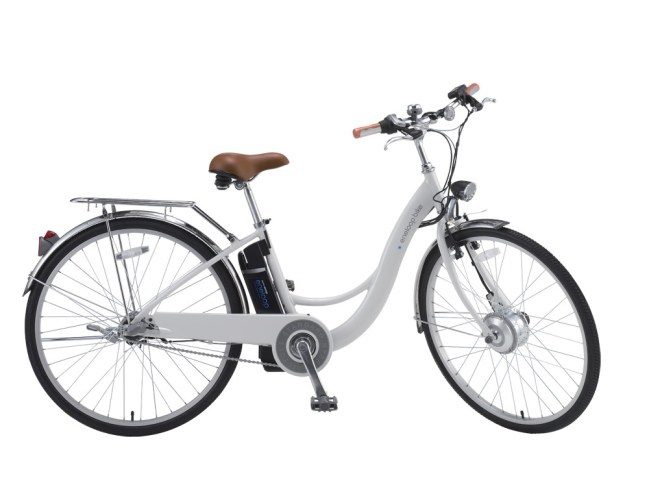 SANYO announced this morning it will offer journalists test rides of its award-winning “eneloop bike” at the 2010 Consumer Electronics Show on Thursday January 7th. SANYO says its “Synergetic Hybrid Bicycle” model of the eneloop bike, which was formally announced in September 2009, is a pedal-assist electric hybrid bicycle. The new eBike recently received the Best of Innovations award for CES 2010 due to overall achievements in the “Eco-Design and Sustainable Technology” category.

Also at Showstoppers CES 2010, SANYO will unveil a full-size mock-up of its planned electric vehicle solar charging station that the company has devised for all types of electric vehicles, including automobiles and eBikes. SANYO claims the EV solar charging station features the world’s highest energy conversion efficiency in practical size (100cm2 or more) crystalline silicon-type solar cells, capable of generating up to 30 percent more power than single-side solar panels.

The future of mobility: 5 transportation technologies to watch out for