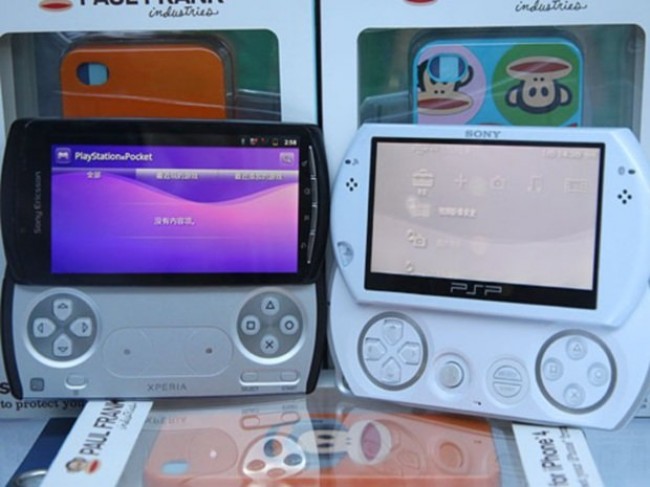 In perhaps the most shocking news of the day, there is tech news happening from places other than CES! While the convention rages on in Las Vegas, a Chinese website, IT168.com, has posted images and videos of what appears to be the PlayStation Phone, which were then reposted by GamesRadar.com.

It is important to clarify that these images and videos are of an “alleged” PlayStation phone, because China has been known to occasionally, once in awhile, produce electronic knockoffs and the like. So it is not inconceivable—in fact it might be a 50/50 chance that this is just a cheaply made knock off that someone stamped “Sony Ericsson” onto in order to sell it for a good price at one of the many, many, many electronics bazaars around the city. The image above shows the supposed PlayStation phone marked with the “Experia” (another model of phone made by Sony Ericsson) which could add to the fraud theory, or mean that the PlayStation phone is basically an Experia phone with a different key pad, which is actually fairly likely.

But the phone appears to be identical to the images and video leaked back in December, which lend credence to the legitimacy of the new videos below.

Strangely, Sony has yet to officially confirm that the PlayStation phone is even coming out. This isn’t all that surprising considering Sony does not confirm anything, ever, for any reason until the official announcements, but if the phone is this far along, why not debut it as CES this week?

Perhaps Sony is planning a special event to announce the phone (feel free to send us that invite anytime, Sony), or perhaps they are waiting for the PSP2 in order to do a double announcement. Maybe the phone just isn’t ready yet, and the model below is an early prototype. Or maybe Sony just didn’t wanna. Time will tell. Besides, CES isn’t over yet…

So for now, behold! More questionably authentic videos of the PlayStation phone that Sony refuses to comment on.