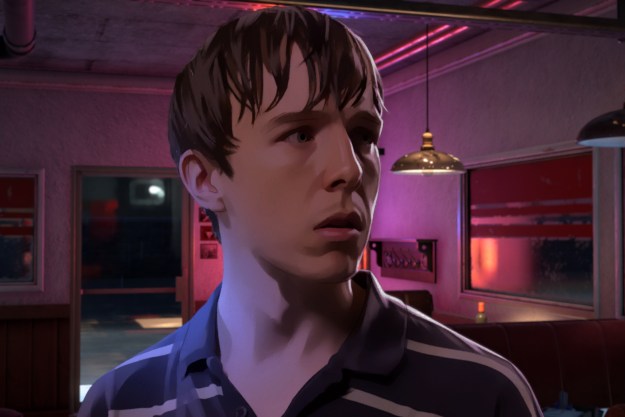 “As Dusk Falls is an atypical narrative adventure game with a compelling story about family.”

During the last two gaming generations, developers like Telltale and Quantic Dream redefined the narrative adventure genre, putting less emphasis on point-and-click puzzle-solving. Instead, they focused on making the game like an interactive movie with many player choices that have a direct impact on the game’s narrative. The genre has gone through its trials and tribulations over the last decade, and even Netflix has adapted elements of it for interactive TV shows like Black Mirror: Bandersnatch. Xbox Game Studios and Interior Night’s As Dusks Falls finds itself somewhere between Telltale and Quantic Dream’s formula and an interactive movie.

As Dusk Falls isn’t like any other game in the Xbox exclusive lineup thanks to its motion comic-like presentation, but it’s still interactive with frequent dialogue choices and quick time events. Due to its unique presentation and grounded story, As Dusk Falls stands out as a worthwhile and atypical narrative game, even if it doesn’t feel great to play on a controller.

A night to remember

As Dusk Falls is a grounded, gritty crime drama about two struggling families. It’s split into two three-chapter books: Collision and Expansion. In Collision, you’ll mainly take control of Vince, a father on a road trip with his family, and Jay, the youngest of the Holt brothers. After the Holts run Vince’s family off the road, they must stay in a motel. But when the Holts steal from the town of Two Rock’s police chief, they end up at the same motel and hold Vince, his family, and others inside as hostages. Vince is written as a down-on-his-luck everyman, so it’s easy to empathize with him as he tries to keep his family safe, and negotiate with the Holts and Two Rock’s crooked sheriff to take them down.

Those who enjoy grounded crime dramas will undoubtedly be enthralled.

Meanwhile, Jay is the youngest of the struggling (and now criminal) Holt family, and he’s not as onboard with their violent and dangerous approach, even if he’s just as culpable for their actions. Jay and Vince’s narratives reflect each other well as people trapped due to factors outside their control. As a result, Collision is the strongest part of As Dusk Falls, as many choices have palpable and, in some cases, life-or-death results. That’s only half the game, though, as (without spoiling much) Expansion focuses on what happens to the Holts, namely Jay, after the hostage situation and also flashes forward to show the PTSD Vince’s daughter Zoe has been left with following this whole debacle.

Expansion isn’t as consistent as Collision because its on-the-run criminal and PTSD storylines are a bit less intimate than the tensely written hostage situation. However, Collision’s strong groundwork kept me excited to see these characters’ journeys throughout. Thankfully, the writing is consistently compelling and entertaining. Quantic Dream’s narrative adventure games, in particular, often suffered due to some problematic characters and awkward dialogue. I didn’t run into moments like in As Dusk Falls, as even the villainous Holts are painted sympathetically.

The developer has explained how this game had a TV show-like writer’s room, which shows in the quality of the narrative. Even if it peaks early, those who enjoy grounded crime dramas will undoubtedly be enthralled by the intense story of As Dusk Falls as they make choices that deliver its outcome.

As Dusk Falls succeeds at telling a compelling choice-based narrative, but what makes it stick out is its unique presentation. Within moments of starting, you’ll notice that it isn’t traditionally animated like most games.

As Dusk Falls feels sluggish to play on a controller.

Instead, it’s presented like a motion comic, with the game playing out through a series of still images with only occasional small movements. That puts a lot of pressure on writing and art and thankfully that faith is well-placed. As Dusk Falls’ painterly images look excellent in 4K on Xbox Series X and surprisingly benefit its storytelling capabilities. I was constantly engaged as my mind subtly filled in the blanks of what’s not shown between each frame; this approach also circumvents the awkward pauses the genre is known for because each choice is made on a static image, not in a real-time cutscene.

Of course, if you don’t like motion comics and want more detailed animation, As Dusk Falls won’t be for you. Still, this atypical look never got in the way of my adventure; the cursor controls and quick time events are what did that. Typically, the only interaction in As Dusk Falls is you moving a cursor around the screen to pick a dialogue option or interact with an object in the environment. When using a controller, moving the cursor never feels quite right as it lags a bit behind where you want it to be. Quick time events, which mainly consist of mashing the A button or moving the control stick in specific ways, also delay them.

As Dusk Falls feels sluggish to play on a controller. Thankfully, this never caused me to fail a QTE and branch the narrative in a way I didn’t want to, but that doesn’t mean they didn’t feel awkward when they popped up. Considering that’s the only actual gameplay interaction, it’s a noticeable flaw. It’s worth noting that the game may feel better to control with friends via the As Dusk Falls mobile app, but I did not have the opportunity to test that app or its multiplayer out for this review.

With As Dusk Falls, Interior Night and Xbox Game Studios are testing the limits of what an interactive narrative adventure game can be. It’s certainly odd for this to be one of the biggest Xbox exclusives of 2022, but it keenly demonstrates that there’s still a lot that developers can do to innovate within a genre that seems limited at first glance.

Even if As Dusk Falls doesn’t feel great to play on a controller, it’s a compelling crime drama narrative that remains exciting even as the scenario ramps up and becomes increasingly outlandish. If you like crime dramas or narrative-driven games, it’s worth checking this out on Xbox Game Pass at the very least.

If you like choice-driven narrative games like As Dusk Falls, I recommend checking out Life is Strange: True Colors, which has an equally compelling story and gameplay that’s more involved.

Completing As Dusk Falls once should take about six hours, comparable to the length of a limited series that the game is so clearly inspired by. You can replay the whole game or specific chapters and scenarios if you so choose, increasing your playtime.

Yes. If you enjoy narrative adventure games, As Dusk Falls is shaping up to be one of the most entertaining ones this year.

As Dusk Falls was reviewed on Xbox Series X.