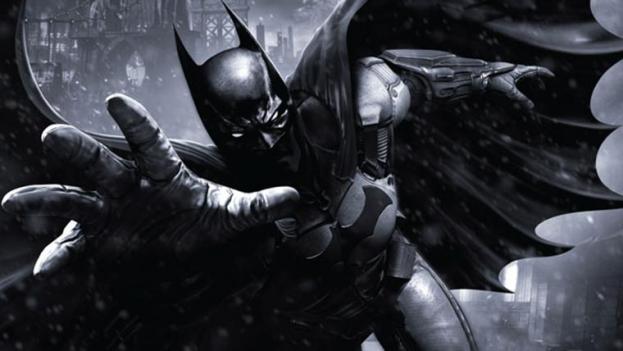 Gotham City’s Caped Crusader wasn’t always the careful, methodical crime fighter we first met in Rocksteady Studios’ Batman: Arkham Asylum. Most of us know how the vigilante was born, but WB Montreal aims to present a younger, less sure-footed take on the character in its upcoming Batman: Arkham Origins.

That’s the hope, anyway. The game’s E3 2013 showing avoided diving too deeply into the story, so it’s hard to say how this younger Batman stands apart. It’s enough to know for now that the game looks and feels like an authentic Arkham experience.

Murder night. The Origins title isn’t 100 percent accurate, as Batman has been disrupting criminal activities for long enough at the start of the game to earn himself a few enemies. One of those is Black Mask, a crime lord with a hidden face who’s come up with an inventive approach to taking care of the Bat: for one night only, anyone who can deliver a dead Gotham Knight scores a $50 million bounty.

Spin-offs. Much like Arkham City before it, Arkham Origins features a number of multi-mission sub-plots that play out like their own, self-contained story arcs. Players can tackle these at their leisure, or ignore them completely and focus on the main story.

One such sub-plot involves a hunt for Anarky, a vigilante who employs deadlier methods than Batman ever would and embraces a strong anti-government, anti-corporate agenda. The white-masked troublemaker has bombs planted all throughout Gotham City, and it’s up to Batman to find and disarm them.

Arkham City redux. On a purely functional level, Arkham Origins plays similarly to both of its predecessors, particularly the one that shares part of its name. There’s a much larger chunk of real estate to explore in a fully open world Gotham City, but the core emphasis on active stealth and counter-based melee combat remains intact.

Batman’s combos feel a bit quicker and more brutal in this iteration. There’s a particularly nasty slide attack that sees you trip, get behind, and put the smackdown on a single target in one smooth motion. There’s also a new combo attack that amounts to a flurry of quick punches, effective for knocking down lighter foes and leaving heavier ones stunned.

All points bulletin. In addition to the usual random encounters with roving gangs, players will also occasionally be presented with the option of attending a more challenging “Crime In Progress.” The one shown at E3 amounted to a fairly typical gang fight, only against a tougher assortment of enemies than you would typically encounter. Completing these, or any other combat sequence, brings up a stat readout that rates your performance and assigns XP accordingly.

Mean streets of Gotham. Arkham Origins brings in an assortment of new enemy types for Batman to mix it up with. An easily spotted armored variant is a hulking brute kitted out with metal plates that must be knocked free before any serious beatdown can be administered. Another, identified by his distinctive red, padded protective gear, counters Batman’s own counters and requires a more aggressive approach.

Mapping out your crime scene. A new feature added to crime scenes allows Batman to send data collected back to the Batcomputer, which analyzes the information and constructs a digital simulation of crimes that occurred. In an example shown in the demo, we follow the trail backwards from a crashed helicopter to a rooftop and then a ricocheted bullet to discover that Deadshot is up to his usual tricks.

Visually, the city and its denizens look similar to what we saw in Arkham City. No surprises here. WB Montreal’s efforts may amount to a prequel treatment, but the actual surroundings of Gotham City felt faithful in the last game, and they feel similarly faithful here.

Batman: Arkham Origins is a first step for the Warner Bros. Interactive-published series away from the care of creator Rocksteady Studios, but you’d never know it looking at WB Montreal’s work so far. This is an Arkham game, top to bottom, and that probably won’t be regarded as a bad thing when this new Batman adventure hits stores in fall 2013.

Be Batman in the PlayStation VR exclusive ‘Arkham VR’
Buy ‘Gears of War 4’ for Xbox, play on the PC for free with Xbox Play Anywhere
Screenshots show off Telltale Games' take on Batman
Batman: Arkham Knight is finally ready for PC
Starship Troopers: Extermination turns sci-fi satire into a co-op shooter
Score $90 off an Alienware gaming chair for Cyber Monday
How to get Battle Tokens in Warzone 2.0
How to redeem Mystery Gifts in Pokémon Scarlet and Violet
Call of Duty: Warzone 2.0 desperately needs to give players more health
Don’t miss this Xbox Series S Cyber Monday deal — ends midnight
Now’s the perfect time to stock up on PS5 controllers
How to evolve Tandemaus into Maushold in Pokémon Scarlet and Violet
Fortnite Chapter 3, Season 4 guide: All week 10 quests and how to complete them