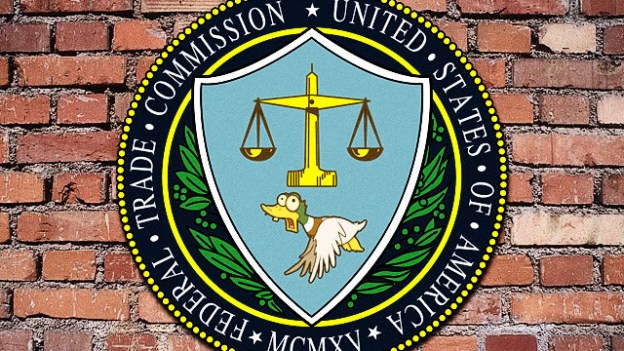 Broken Thumb Apps’ parent company W3 Innovations has been forced to pay out $50,000 in a settlement with the Federal Trade Commission. W3 was charged with illegally collecting personal information from children. This marks the first FTC case involving mobile applications.

Broken Thumbs Apps is an iOS app maker with many games under it’s belt including Zombie Duck Hunt, Truth or Dare and Cootie Catcher. Most noteworthy are the Emily games such as Emily’s Girl World and Emily’s Dress Up as they were marketed towards children in the Apple App Store.

50,000 downloads later, the FTC found that W3 was encouraging children to independently enter personal data through these targeted games. Along with inputting names to play games, the Emily apps asked children to email “Emily” comments on the Emily blog. The complaint says that W3 collected thousands of email addresses from children.

The actions are apparently in violation of the FTC’s Children’s Privacy Protection Act (COPPA), a rule that bans the collection of data from young children without a parents knowledge and consent beforehand. The app company didn’t notify parents and didn’t provide a clear privacy policy.

“The FTC’s COPPA Rule requires parental notice and consent before collecting children’s personal information online, whether through a website or a mobile app,” said Chariman Jon Leibowitz. “Companies must give parents the opportunity to make smart choices when it comes to their children’s sharing of information on smart phones.”

The complaint was filed in San Jose, California on August 12, four days later W3 folded for the 50k settlement. In addition to the fine, W3 is on notice for any future COPPA violations and the company is required to delete all the violating data gathered from these trusting children.

Video-editing app LumaFusion to get a Galaxy Tab S8 launch
How to pin a message in Discord
The best chat clients
Slack vs. Discord
Epic says Google punishes apps not on Play Store, begrudgingly adds Fortnite
Cyberpunk 2077’s Steam success is great, but we can’t rewrite its history
Razer’s 5G-enabled handheld gaming system is getting a public release
Gunbrella turned me into shotgun-toting Mary Poppins
The best PS5 exclusives
The best Xbox Series X exclusives
Sony’s PlayStation PC selection grows in October with Sackboy: A Big Adventure
‘Wordle’ today, September 29: Answer, hints, and help for word of the day (#467)
Fortnite Chapter 3, Season 4 guide: All week 2 quests and how to complete them