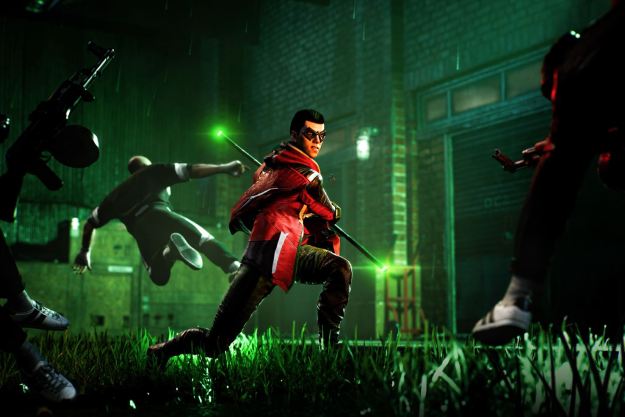 “Gotham Knights isn't very ambitious and has performance issues, but it should still please Batman fans.”

As an open-world Batman game that’s not connected to the Arkham series and kills off Batman in the first five minutes, Gotham Knights was always going to be a risky endeavor for Warner Bros. Games. Pile on skepticism surrounding the game’s multiplayer and RPG systems in the wake of Marvel’s Avengers, as well as a frame rate discourse, and Gotham Knights seemed like a game that would either fall flat on its face or soar to greater heights than the Arkham series ever did.

After playing through almost everything the game offers, the reality is that Gotham Knights ultimately lands somewhere in the middle. It’s not as good as the best Batman games from the last decade due to a lack of gameplay ambition and performance issues. Still, it overcomes those flaws to entertain Batman fans who have always wanted to play a game that lets them explore and defend the streets of Gotham with a friend.

A brave and bold story

Killing off Batman is a bold narrative hook that makes Gotham Knights stand out from any Batman games that came before it. Following his death at the start of the game, it doesn’t take long for the Bat Family of Nightwing, Red Hood, Batgirl, and Robin to learn of his demise and then take on the responsibility of defending Gotham themselves. They’re up against newly empowered gangs causing mayhem, a GCPD that doesn’t want to work with vigilantes anymore, and increased efforts to control Gotham by some secret societies at the center of Batman’s final case.

Despite the marketing emphasizing the Court of Owls, this is not a one-to-one adaptation of that comic book story. As such, the narrative was consistently able to surprise and entertain me with its twists and unique takes on classic (and very played-out) Batman characters like The Penguin. Once I got to know the whole cast, it was exciting to see how this world deviates from what we know and how a faction like the Court of Owls managed to operate under Batman’s nose for so long. The lengthy sidequests featuring Harley Quinn, Mr. Freeze, and Clayface are also all entertaining, and I hope more Case Files like these are added postlaunch.

It does take a little bit to get going, though. As the opening focuses on Batman’s death and what that affects so heavily, it takes time to get to know these new versions of Nightwing, Red Hood, Robin, and Batgirl. Cutscenes in each character’s sidequests and the Belfry, the Bat Family’s new base of operations, eventually flesh out these characters. But because it doesn’t spend much time introducing themat the start and often refers to them in a collective way, it takes some time to get attached to these unfamiliar versions of iconic sidekicks. Once I got to know these versions of the characters, I liked them all a lot.

Still, the narrative is one of the stronger aspects of Gotham Knights. It manages to subvert expectations, doing so in a satisfying way, not a frustrating one. Killing Batman is a huge narrative risk, and Gotham Knights confidently handles it in a way that doesn’t result in a playable Batman (looking at you dead Captain America in Marvel’s Avengers). It’s other areas of the game where results are much more mixed.

While Gotham Knights has story and side missions spread throughout eight chapters, players’ escapades are structured within a daily cycle. During the day, players customize themselves, build gear, and change characters in the Belfry. While each character can hold their own in a fight, they all are tailored to certain playstyles.

Gotham Knights made me feel like a detective superhero stepping in where the GCPD fails.

Players go out and stop emergent crimes at night to gather resources and intel on wider criminal activities happening around Gotham, in between completing story missions. Objectives eventually repeat, but Gotham Knights nails the feeling of being a superhero scouring the streets for criminals to stop. From bank robberies to kidnappings to organ trafficking, I constantly came across one of Gotham’s three gangs — The Mob, the Regulators, and the Freaks — doing something shady, and I could then choose to intervene and stop them. The game tallies up everything the player accomplishes each night too, which gave me a clearer sense of progression and accomplishment. Superhero games often just feel like they’re directing the player from fight to fight, but Gotham Knights made me feel like a detective superhero stepping in where the GCPD fails.

Of course, I still had to fight enemies once I confronted them. Combat is different here compared to the Arkham series. Instead of an attack-and-counter system, Gotham Knights’ combat features light and heavy melee, ranged attacks, and dodging. I was constantly dodge-rolling away from enemy attacks as I waited for opportunities to land hits. These build up momentum energy used on special character-specific abilities, like a pounce attack from Nightwing or a drone that shoots enemies and heals Batgirl.

Gotham Knights is slower-paced than the Arkham games, but rarely ever felt super-repetitive unless I was fighting a boss with a gigantic health bar. It also doesn’t feel super-original or creative. While Batman: Arkham Asylum helped redefine the action game genre with its content, Gotham Knights is content with playing it safe and delivering a standard action game experience. It’s missing a special “it factor,” like Marvel’s Spider-Man’s web-swinging, to call its own.

Stealth is also disappointingly not a viable option. Small things, like not going back to a perch after doing a silent takedown or enemies that won’t lose sight of the player unless they are rooftops away, ensure that stealth is rarely the best course of action. The game lets players go ahead and be as stealthy as possible, but stealth often winds up being just a way to take one or two enemies out before the real fight begins. Chalk this up to oversights in design.

Gotham Knights also wants players to stick around for a while and play it with friends, even if it eschews a fully live service approach. There are RPG systems to account for, so players can always see some kind of number go up when they play. The four main heroes level up concurrently and earn ability points that players can spend to unlock abilities on a skill tree. New momentum abilities are unlocked by completing in-game challenges, like killing a certain number of an enemy type. After defeating bad guys, players find resources they can use to craft gear, which has its own power levels and can potentially augment attacks with an element effect. Mod chips can also be crafted and applied to that gear to further enhance its stats.

That might seem like a lot, but these systems are not as overwhelming as they first appear. Playing normally, I was always flush with resources and mods to craft the best gear, so I didn’t have to spend much time optimizing my character’s build. As long as I met the level requirements for a mission and equipped the most powerful gear, these systems never got in the way of my experience. And if they do for someone else, players can always turn down the difficulty and deal more damage that way. Or, there’s always the option of making some combat encounters less overwhelming by sharing them with a friend.

Multiplayer is one of Gotham Knights’ biggest draws, as all missions support it whether players are in the open world or not. Currently, only two players can free roam together (a four-player mode is coming postlaunch) and they can work together or go to opposite ends of the city to maximize crime-fighting. Multiplayer works in story missions too, although many interactions in them are limited to the host, but some of the open arenas and stronger enemies take less time to complete when you’re working with someone.

Gotham Knights handles cooperative crime-fighting in a way that I can’t get anywhere else.

Outside of dated MMOs like DC Universe Online, Gotham Knights handles cooperative crime-fighting in a way that I can’t get anywhere else. Seeing characters like Nightwing and Batgirl fight alongside each other before riding off on Batcyles in a multiplayer game made my inner Batman fan giddy at some moments. While this is one of Gotham Knight’s most unique selling points, it also lacks features that would have enhanced the experience, like a ping system, shared waypoint markers, and combo attacks and takedowns.

If you have a friend that also has Gotham Knights, I’d recommend giving it a shot with them. The experience isn’t superior to playing by yourself, which is a blessing in its own way. I beat the main story playing alone and never felt like my experience was lacking. It doesn’t feel like the developers shoehorned in the single-player or multiplayer experiences; they just coexist nicely.

In the shadow of the Bat

While exploring this vibrant and pretty rendition of Gotham City alone or with a friend is fun, it isn’t always a smooth experience, as Gotham Knights had noticeable performance issues on Xbox Series X. WB Games Montreal caused a stir when it confirmed that Gotham Knights would only run at 30 frames per second on consoles despite being a current-gen exclusive. Unfortunately, the game sometimes has trouble even hitting that. When I was riding around Gotham fast on the Batcycle with a lot of visual effects on the screen, the frame rate noticeably tanked.

Frame rate issues are less frequent during normal combat and exploration, but my game did stutter every once in a while. It also crashed on me three times during my experience and disconnected me from a multiplayer match twice despite a good internet connection. Thankfully, I didn’t encounter any game-breaking bugs during my time with Gotham Knights, but I still hope the developer rectifies these performance issues in the future. Overall, Gotham Knights feels like it needed a little more time in the oven for polish, which is somewhat surprising considering that WB Games was confident enough to move its release up by a week.

Living in the shadow of something greater is a recurring theme with Gotham Knights. Like its motley cast of heroes, the game sometimes struggles to live up to the expectations set upon it. None of Gotham’s heroes were ever going to be just like Batman, and Gotham Knights was never going to be just like Rocksteady’s Arkham games. Once I could accept that, I could see the game for what it is: a multiplayer superhero game with a creative narrative that plays it safe with gameplay, sometimes to its detriment.

Gotham Knights was reviewed on Xbox Series X with a code provided by WB Games.