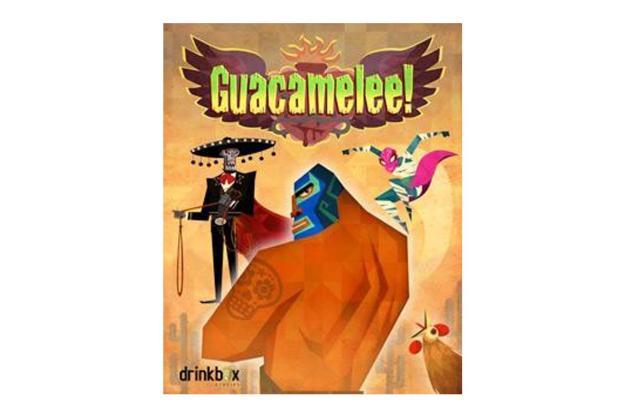 “Drinkbox’s third game is a gorgeous bruiser built on old ideas, but stacked with originality.”

When it comes to evolving as an artist or artistic unit, the maxim that the third time is the charm is often spot on. In very general terms, the first offering is the breakthrough, while the second sees the artist learn and grow.  The third, however, is when the individuality of the artist or group takes over and classics are made.

Radiohead went from scrappy, traditional Brit Pop rockers on debut Pablo Honey to one of the world’s most creatively potent bands on their third record OK Computer. Quentin Tarantino broke out with his first script, Reservoir Dogs, wrote the memorable True Romance, and then defined a generation of cinema with Pulp Fiction. Like Tarantino and Radiohead, artists with clear influences that color their work, Guacamelee! sees Drinkbox transcend the classics that defined their style to make something that’s wholly their own. It is an artful, confident game as beautiful and fun as it is demanding.

Once Upon A Time In Mexico

The world-eating alien monsters of Drinkbox’s previous games, About A Blob and Mutant Blobs Attack are gone here, replaced by Juan the Agave farmer. Juan’s childhood sweetheart has been kidnapped by the nefarious skeleton bad ass Calaca,  foiling her plans to reconnect with Juan, and it all goes down right before the Dia de Los Muertos festival to boot. Juan dies trying to save his lady friend, but is resurrected thanks to the power of a magic luchador wrestling mask.

From there, it’s a race across the game’s fantasy version of Mexico as you try to stop Calaca from turning your woman into a skeleton bride and, in the process, merging the lands of the living and the dead. Doing so is a tricky business, though. In his pursuit of Calaca’s minions including the cat warrior Jaguar Javier, Juan regularly runs into obstacles that block his way and he has to find a new skill in order to proceed.

In one of the game’s many explicit callbacks to Metroid, Juan stumbles upon giant statues of birds – Choozo statues, rather than Chozo as in Nintendo’s old series – that give him new wrestling moves like a fiery uppercut or a head butt. These moves help in fights and opening stone doors throughout the world. Later moves, however, alter Juan’s ability to traverse the world, letting him double jump, climb walls, and even launch himself through the air.

It’s a tricky business, rolling out these sorts of abilities in the game. Do it too quickly and the information overload can be overwhelming, making it difficult to learn how to control the game. Do it too slowly, and the game can lose its sense of direction. Drinkbox absolutely nails the pace of Guacamelee!, the progress of what you can do as Juan perfectly syncs with his journey across the countryside. Where so many games just have the trappings this feels like an adventure whether you’re scaling the inside of a giant tree, learning how to transform into a chicken, or getting help from Calaca’s scorned ex to transition between the worlds of living and dead.

The luchador brawling in Guacamelee! is also fine-tuned. This is a much faster game than Drinkbox’s Blob titles, with fights against evil skeletons, cactuses (cacti?), and flying chupacabras requiring a mix of swift punches, throws, and dodging. The game’s layout and progression may feel like Metroid and Castlevania: Symphony of the Night, but Guacamelee! does what those games never do, making every unlockable skill useful in both fights and traversing through the world. It’s an incredible balancing act, but it works so well.

The fights, save for a few of the end game bosses, aren’t the most challenging in gaming history, but the same can’t be said for the platforming sections. Finding all of the hidden treasure littered across the countryside and its temples is not a task for the faint of heart. There are some jumping challenges in Guacamelee! that make Super Meat Boy look like a quiet nap. Actually saving the day and getting the best ending requires you to leap through these gauntlets too. The Tree Tops sub-level in particular is insane, a drawn out climb that has you timing perfect jumps through spikes and buzzsaws, flipping around, and switching between the dead and living worlds in split second flashes (this is one of a few moments that forced me to play on PlayStation 3 – the game is identical on PS Vita, but in these crazy jumping challenges, the handheld’s button layout was just too cramped to pull off a win.)

Drinkbox knows how hard it is too. At one point I ran into a chicken who says, “You’re halfway there!” and it nearly broke my spirit in two. On the next screen was another chicken who just says, “Psych!”

This chuckling sense of humor carries through the whole game too. Drinkbox’s penchant for littering its games with common Internet memes and shout outs to other games has only intensified on its third outing. The Castlevania reliefs in old Aztec temples and posters for a Bachelor Frog luchador fight are the sort of sight gags that could get old fast, but they don’t overwhelm Guacamelee!’s original charms. This is a game where Satan’s trapped in the body of a rooster and a multipart sidequest involves travelling to the land of the dead for enchilada ingredients. The game is funny and sweet, even without its referential humor.

Juan’s chest tattoo of a thorn-covered heart is emblematic of the studio that made him: Drinkbox has itself one gigantic pulmonary artery. The studio’s third game is a gorgeous bruiser. While it’s built on old ideas, Guacamelee! is a sterling original, and cements its creator’s status as one of the most exciting developers in the business.

Best Gaming PC Deals: Save on RTX 3070, 3080, 3090 PCs
Marvel Snap Battle Mode: How to play Marvel Snap with friends
Fire Emblem Engage bond levels: how to get max Bond Levels fast
Fortnite: How to collect Dragon Balls on Adventure Island
The best upcoming PS5 games: 2023 and beyond
The best upcoming PC games: 2023 and beyond
The best PS5 controllers for 2023
Warzone 2.0 Season 2: release date, Ashika Island map, and Resurgence mode
Here’s what E3 2023 could look like without Sony, Nintendo, and Microsoft
Marvel Snap’s Friendly Battles set a new bar for its post-launch support
WWE 2K23 improves the wrestling sim with subtle tweaks and a bit of chaos
Meta Quest Pro VR headset is $400 off (and save on Meta Quest 2)
How to change classes in Fire Emblem Engage