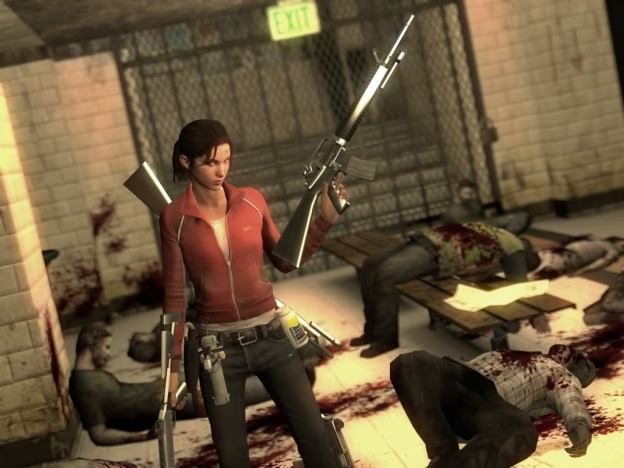 It’s been five days since we reported on THQ’s bankruptcy auction, and the aftereffects of that event continue to resonate throughout the gaming industry. We already brought you the story of Crytek’s successful attempt to secure the rights to Homefront 2, and today we examine another studio’s attempt to determine its own future. It didn’t work out as well as Crytek’s efforts, but the firm seems happy with the result.

You may not recognize Turtle Rock Studios by name, but you certainly know their biggest game: Left 4 Dead. Turtle Rock initially revealed the multiplayer zombie shooter in 2006, and when it became apparent that the studio was on to something huge the developer was acquired by Valve Software. Unfortunately, as Valve moved the development of Left 4 Dead to its Seattle headquarters, Turtle Rock Studios was shuttered. Its employees were offered the opportunity to relocate to be closer to Valve, but a few opted not to and instead hatched a plan to rebuild Turtle Rock Studios. With permission from Valve, the company reopened its doors in 2009, and while it hasn’t released any games of note just yet, it has been working on a major new title currently dubbed “Evolve.”

“Obviously, we’re really sad to see things dissolve for THQ, we really had a great relationship with them,” said Turtle Rock Studios co-founder Phil Robb. “Regardless of who we ended up with, we were rooting for THQ to come out of this intact and get a chance to turn things around.”

This is where things gets complicated. Prior to THQ’s bankruptcy filing, Turtle Rock Studios and THQ had an agreement that the latter would publish the title. Obviously THQ’s fiscal issues slammed the door on this idea, but Turtle Rock Studios is unwilling to let Evolve die. Instead of watching the IP swirl down the drain, Turtle Rock Studios attempted to purchase the rights to Evolve from THQ during last week’s auction. It failed, and the rights were instead snagged by publisher 2K Games. You’d expect Turtle Rock Studios’ employees to be saddened by this news, but a recent VentureBeat interview paints an entirely different picture.

“Disappointed we were outbid? Hell no,” Robb said. “From our perspective, we came out of the proceedings in an awesome position. We are super-excited to be moving forward with 2K.”

That’s great, but what of Evolve? What exactly is this thing? The scant few bits of concept art that have emerged from this project (see above) tell us little to nothing about Evolve’s gameplay, though it’s apparent that the setting seems to be both modern and filled with gruff military types. And so far Turtle Rock Studios is perfectly fine with the mystery, for now at least.

“Honestly, we’re chomping at the bit to let gamers know more about what we’re doing,” Robb claimed. “We’ve got something really special brewing at Turtle Rock and look forward to the day when we can share it with everyone.”

There is currently no release date or pricing info for Evolve, nor any word on which platforms it might appear. We’ll bring you more at such a time as this information is available, though given the current status of Evolve and the reams of red tape undoubtedly remaining from THQ’s collapse that must be cleared away before development can resume in earnest, don’t expect to hear anything solid on Evolve at any point in the near future. Stay tuned, just don’t hold your breath.

Back 4 Blood will launch on Xbox Game Pass, according to stream description