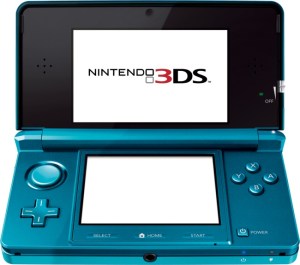 It is no secret that the Nintendo DS portable gaming platform was a major victim of piracy. The availability of specially designed cartridges such as the R4, which allows content stored on an SD card to be accessed by the device, made it easy to download and play stolen games. They also improve the flexibility of the DS via homebrew community-developed applications, but the associated business risks have made the existence of such flash carts, as they are called, a point of contention for Nintendo.

It seems that the company may have taken steps with its upcoming Nintendo 3DS to build in safeguards for remotely putting the brakes on any would-be hackers. GoNintendo spotted a warning on Japanese retailer Enterking’s website which indicates that Nintendo could have the ability to render a system inoperable via a firmware update.

Following up on the story, Eurogamer reached out to Nintendo for comment and got the following reply: “We do not discuss product security details (for obvious reasons), nor can we discuss the details of countermeasures available in the Nintendo 3DS system. Nintendo 3DS has the most up-to-date technology. The security has been designed to protect both the creative works in the software and to protect the Nintendo 3DS hardware system itself.”

It’s always tricky, reading into translations such as this one. Anti-piracy measures are always being developed, and they are rarely discussed publicly, for obvious reasons, as the Nintendo response says. It seems unlikely that the company would have let Enterking know of any built-in “remote brick” security features, or that such information would have been shared without some heavy non-disclosure attached. The warning says that the information comes from the “Nintendo 3DS terms of agreement,” though whether that refers to a specific store policy or some user agreement connected to the actual device is unclear.

Regardless, the takeaway here is pretty simple: piracy = bad. Don’t do it. Maybe Nintendo can remotely brick your 3DS, maybe it can’t. Does it matter though? Just don’t steal, and you won’t have to worry about it.

How to run emulators on the Steam Deck