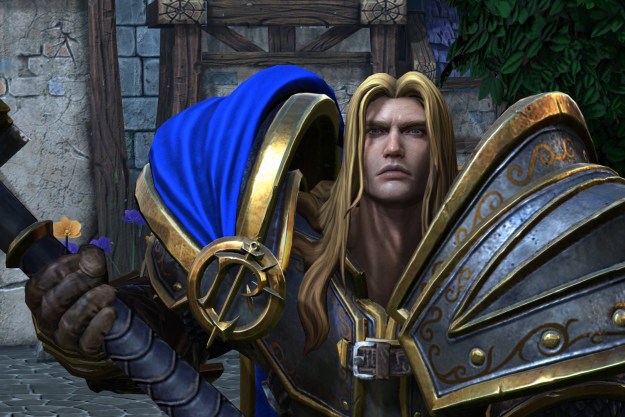 “Warcraft III: Reforged is a much-needed remaster that's not quite complete.”

Imagine, for a moment, a world without Warcraft III. In this reality, nobody uses the game’s world editor tool to create Defense of the Ancients. In turn, Valve never acquires the rights to the mod and goes on to create DOTA 2, a game that sets the stage for the modern esports boom. Similarly, Warcraft III’s commercial success wouldn’t have helped World of Warcraft gain early momentum. Without a leg up, does the latter go on to become a massive mainstream success that changes the industry’s approach to games-as-a-service forever?

It’s impossible to guess history’s trajectory when dealing in hypotheticals, but we rarely stop to think about how much old favorites have shaped the gaming industry’s future. In that vein, Warcraft III: Reforged, Blizzard’s new remaster of the 18-year-old strategy classic, comes at a fascinating time. Landing in the modern landscape that the original inadvertently shaped, Reforged gives us a rare moment to reflect on Warcraft III’s legacy.

While it’s not the full remake some fans were hoping for, Warcraft III: Reforged is an effective, unfinished remaster that uses much welcomed graphical updates to highlight the original game’s strengths.

Reforged doesn’t change anything fundamental about Warcraft III, and that’s its greatest strength. If anything, the new release only reinforces what’s so enduring about the strategy classic. It’s a fast-paced game where players need to beat their opponents in an arms race that rewards efficient multitasking and careful planning.

The gameplay sees players gather resources, which allow them to build structures, gain new troops and obtain upgrades that will help them in battle. It’s simple on its surface, but slowly grows more and more complex the deeper players dive into its hybrid strategy-RPG systems.

Reforged doesn’t change anything fundamental about Warcraft III, and that’s its greatest strength.

Mastering the game is a three-pronged approach. That starts with the game’s massive campaign, which collects every mission from both Reign of Chaos and the Frozen Throne expansion. The story still serves as an excellent fantasy adventure, but it also doubles as a useful tutorial in retrospect. The missions take players through a slew of diverse scenarios, from wave defenses to focused exploration, and introduces each playable race along the way.

It’s a space to slowly gather skills and see all the different ways the game can be played. Blizzard has smartly fortified that idea by making it more accessible in Reforged. The addition of a Story difficulty setting helps soften the game’s learning curve, making it friendlier for new players.

The versus multiplayer remains the core of the game for experienced fans, and Blizzard is careful not to rock the boat. While the mode features a slew of balance tweaks, the general flow remains unchanged. It’s easy to see why people still play the game 18 years later. This is a fine-tuned competitive experience that could take a lifetime to master.

Finally, there’s the game’s custom element, which allows players to create their own maps and modes via an extremely powerful (and complicated) level editor tool. After nearly two decades, custom content still remains the heart and soul of the game, with players pumping out wildly diverse creations that are a delight to behold. At one point, I opened up a Star Wars-themed mode and found myself laughing as a giant Death Star cruised over a chaotic battle scene.

Funnily enough, Blizzard has put out a new acceptable use policy alongside the tool, which that map technically now violates. The stricter policy has stirred up the game’s community who worry about how it may limit the creative freedom that led to DOTA. It’s too early to tell if Reforged is stripped of its freewheeling feel of 2002, but judging by the list of wild maps currently available, it seems like the community isn’t letting Blizzard get in the way of their creativity.

Warcraft III is still very much what you make of it, and that’s a testament to the original game’s robust suite of content, which are all well-preserved here.

A fresh coat of paint

The real selling-point of Reforged is its aesthetic updates, which modernize the original game’s outdated graphics. Gone are the days of flat textures that become harder to discern as time goes on. Instead, Reforged’s visual style brings the game more in line with World of Warcraft, making it more familiar for new players.

Characters are more detailed and expressive than ever, with even subtle tweaks bringing new life to the game. The Warcraft series is brimming with personality, and the updated art style only emphasizes that strength. In a throwback to one of the game’s classic meta easter eggs, when you click a pig enough times and the little critter will explode in a fountain of blood and bones, leaving a large crack in the ground where it once stood.

The point of a remaster isn’t to completely turn a game on its head; it’s a matter of healthy game preservation. A good remaster makes players feel the way they did when they first played the game, and the recent Shadow of the Colossus high-definition upgrade is a prime example of this. The original game was absolutely awe-inspiring in 2005 but feels comparatively drab in 2020. The newer version does a great job of communicating its early visualization without indulging in revisionist history to update the core experience.

Reforged takes a similarly effective approach, and it’s a change that felt initially underwhelming until I flipped the game into Classic View and realized just how many details my brain filled in back in the day.

The Warcraft series is brimming with personality, and the updated art style only emphasizes that strength.

The visual upgrade is impactful, but it leads to another problem. The interface feels prehistoric when placed next to the more modern look, so there’s a weird tension between looking modern without feeling modern.

Additionally, the lack of dynamic camerawork during in-game cut scenes makes story points feel flat. Blizzard originally planned to update them in Reforged, but that was scrapped somewhere along the way.

Warcraft III is enjoyable, but fails to straddle the line between a well-done remaster and a full remake. The graphics are punched up, but the game’s overall approach is perhaps too precious in spots, bringing some of the game’s less flattering elements to the surface.

While Reforged sets the groundwork for what should be the ultimate edition of Warcraft III, the current version of the game still feels like it’s in beta at times. With most new games, this wouldn’t be much of a problem. It has become standard for service-style games to launch with a stripped-down feature set and slowly build over time. Players take their first months with a new game learning its systems and finding the loops as improvements trickle in.

But Reforged is a stickier situation. Not only is it a remaster of an 18-year-old game, but it’s one that directly integrates with the 2002 release. That means the classic edition is inheriting changes like balance tweaks, to allow for cross-play between the games, similar to what Blizzard plans to do with Overwatch 2. It’s an ambitious strategy that left Blizzard with a smaller grace period than players have come to expect from modern games.

Clans, automated tournaments, custom campaigns, ladder functionality and more are all missing from the current build.

Unfortunately, the day one release doesn’t quite stick the landing. Reforged has its fair share of bugs, ranging in scale. Successfully connecting to custom games is a game in itself at the moment. On several occasions, I experienced an issue where I’d load a campaign mission and was directed straight to a defeat screen, forcing me to reboot the game.

The more curious thing about Reforged is Blizzard’s decision to launch the game without certain features, some of which were available on day one back in 2002. Clans, automated tournaments, custom campaigns, ladder functionality and more are all missing from the current build, making the release feel particularly premature.

Missing features aren’t a deal-breaker for the game in the long run, but they do take some of the air out of what should be a triumphant return to the past. A remaster is supposed to be an exclamation point; a celebratory punctuation mark on a game’s accomplishments. Reforged is more of an ellipsis, leaving players to ask “and…?”

Rather than getting a moment to reflect on Warcraft III, fans are now focused on Reforged’s shortcomings, which is more distracting than outdated graphics.

The highest praise I can give to Reforged is that it’s still Warcraft III. The stellar single-player campaign and strategic multiplayer action are all well preserved here. The updated graphics are a welcome addition, which replaces the original game’s out-of-date visuals with an expressive new look and feel.

Unfortunately, the launch version of the game feels far from finished, with bugs and key missing features preventing the current build from being the definitive edition of Warcraft III. It will likely get there eventually, but it’s odd for a remaster to feel like it’s starting from scratch, not presenting an endpoint.

I would say classic Warcraft III, but that game has now inherited many of the problems plaguing Reforged. For now, Starcraft II: Remastered will scratch a similar itch while Blizzard straightens things out.

In all, the campaign will last 30-40 hours, but the versus multiplayer and custom maps make it a truly endless experience that already spans 18 years.

Yes, if you enjoyed the original. It’s still among the best strategy games of all time, though it has a long way to go before it’s a definitive version of Warcraft III.

EVO Lounge live show to include reveals from Capcom and more
PlayStation makes a big esports play with latest acquisition
France doesn’t want its citizens to say ‘esports’
The best GBA games of all time
Destiny 2: Where is Xur for the weekend of September 30
Ubisoft opens registration for Project U, a mysterious, ‘session-based’ co-op shooter
Dead Space Remake: release date, trailers, gameplay, and more
FIFA 23 beginners’ guide: Tips and tricks to level up your soccer skills
Return to Monkey Island: How to get all the golden keys
This wireless workaround will give your Google Stadia controller new life
The best Cyberpunk 2077 mods
Ubisoft and more offer ways to play purchased Google Stadia games elsewhere
The best RPGs for PS5