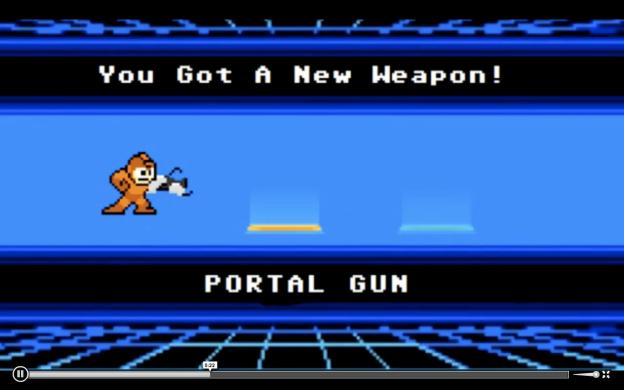 Sure, Mega Man has wielded a ridiculously long list of weapons since he appeared on the scene in 1987, but there’s one thing he hasn’t used against Dr. Wily and his minions: a Portal Gun.

Until now, that is…

Thanks to the good folks at Dorkly, we can now see what might have happened if Mega Man got his hands on one of the guns from the hit series Portal, allowing him to create inter-spatial portals anywhere he pleases. The results are, well… pretty impressive.

In the video, Mega Man earns the Portal Gun by defeating a teleporting boss, then proceeds to use it on a variety of classic enemies from the game – illustrating exactly how simple things would be if Aperture Science opened a research department in Mega Man’s universe.

The video concludes with a fairly brutal walloping of Dr. Wily at the hands of a portal-projecting Mega Man.