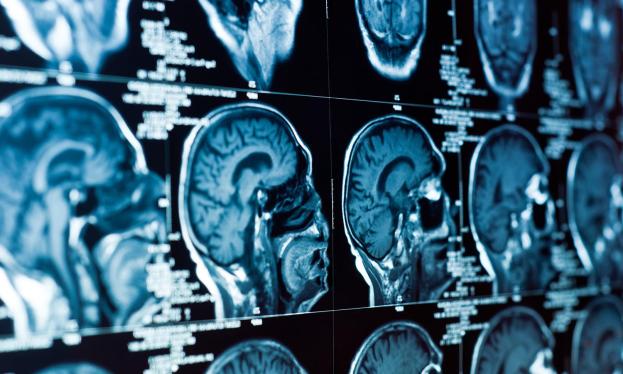 Enter researchers at UC Berkeley, who are developing a highly portable, (relatively) inexpensive equally non-invasive device that in early testing has shown capable of matching a CT’s diagnostic abilities. Officially referred to as “Volumetric Electromagnetic Phase Shift,” or VEPS, the halo-like device “can detect changes in tissue properties inside the body through non-contact, multi-frequency electromagnetic measurements from the exterior of the body.”

Essentially, using wireless technology, low energy electromagnetic waves are sent through the brain, measuring changes in conductivity to differentiate between excess fluids (edema) or blood buildup (hematoma) and normal brain tissue. Moreover, Boris Rubinsky, Professor of the Graduate School at UC Berkeley’s Department of Mechanical Engineering and a leader of the research team, says the device can detect changes in the brain (concussion, for example) from the start of an event – say a football game, just for fun – and the end.

For pros and collegiate athletes, it could change the way players are monitored, speeding diagnosis and preventing the sort of mistakes like the one made with then-Cleveland quarterback Colt McCoy, who re-entered a game despite suffering serious concussion after a hit by Steelers linebacker James Harrison. (Rubinsky says the research team has contacted the joint venture between GE and the NFL on head injury diagnosis and prevention.)

At the high school level, not only could the device aid in faster diagnosis, but fill serious gaps in the availability of diagnostic tools, generally, whether created by economics or geography. CT imaging scans that might be readily available at a hospital only blocks away for football players in Chicago could take hours to reach for athletes in rural Nebraska.

Circular confirms its $259 smart ring is coming to the U.S.

How does Garmin measure stress?

The NFL wants to predict injuries before they happen. Here’s how