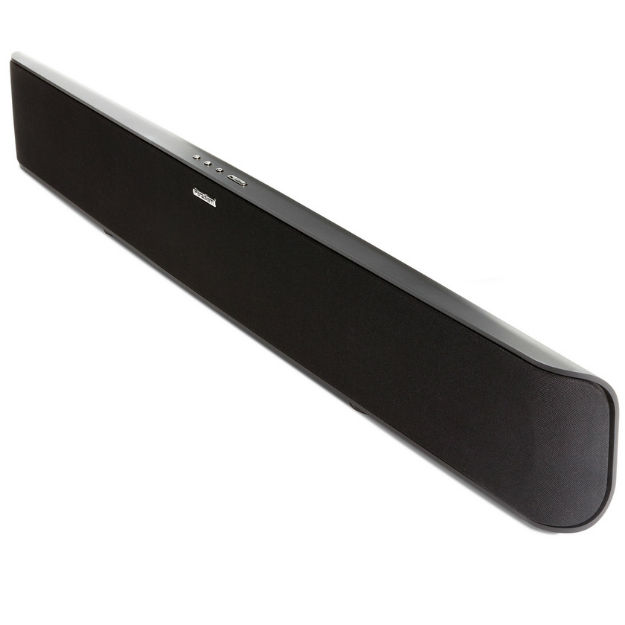 Check out our review of the Paradigm Soundtrack soundbar.

With all of the attention being paid to tablets, headphones, and smart phones, you would never know that one category of home audio has been growing rather steadily for more than two years while other segments have leveled off or declined. Sound bars have become an important product for loudspeaker manufacturers; so much so that larger players such as B&W, Polk Audio, and MartinLogan have invested a lot of R&D into producing models that cost as much as an entry level surround system.

The logic is simple: If consumers are leery of spending a lot of money on a dedicated 5.1 home theater system and don’t have the room for large speakers, an affordable 2.1 set-up with a minimal number of cables is likely to be the answer to their prayers. Paradigm has been manufacturing some of the best loudspeakers for years up at its facility in the Great White North, but when it launched its Shift brand, it moved the bar. The MilleniaOne CT 2.1 system has been universally praised and the first generation of headphones have been sonic killers.

The Shift brand is about offering high-end sound at an affordable price and so far it has more than delivered. Paradigm rarely rushes a product into the market, so it should come as no surprise that it took it this long to release the Soundtrack which retails for $800. Apartment dwellers and college students should take a hard look at this one.
At only 36-inches wide, the Soundtrack is on the small side compared to some of its competition which have been designed to work with 42-50-inch  HDTVs, but just like Master Yoda – judge it not by its size. The 6-driver sound bar features two bass/midrange drivers, two passive radiators, and two high-frequency drivers. The Soundtrack also comes with a dual-ported wireless subwoofer featuring an 8˝ laminated composite cone driver with a 1-1/2-inch, high-temperature aluminum-wire voice coil. The sub’s Class-D amplifier delivers 100 watts RMS sustained and 300 watts dynamic peak power. If there is one thing that Paradigm knows how to do really well, it’s build potent subwoofers in very small enclosures. And if its subwoofer sounds anything like the Millenia sub, this thing is already a bargain.

The Soundtrack has three inputs: 1 optical digital input, 1 RCA analog input, and 1 aux input for your iPod, smart phone, or tablet. The Soundtrack has one analog output if you wish to run a wired connection to the subwoofer. One way to deal with a multitude of sources is to run them through your HDTV and use one optical cable from the HDTV to the sound bar. Just remember to turn the HDTV’s internal loudspeakers off or you’ll experience a rather weird echo. The unit does come with a remote control, but it is designed to work with your television remote which you can program to raise/lower the volume, change the input, and mute the sound. The Soundtrack can be wall mounted or placed on a surface in front of your HDTV with supplied feet.

While we have yet to hear a soundbar that truly reproduces the immersive sound of a 5.1 system, a well-designed product like the Soundtrack is likely to get you remarkably close for a lot less money.