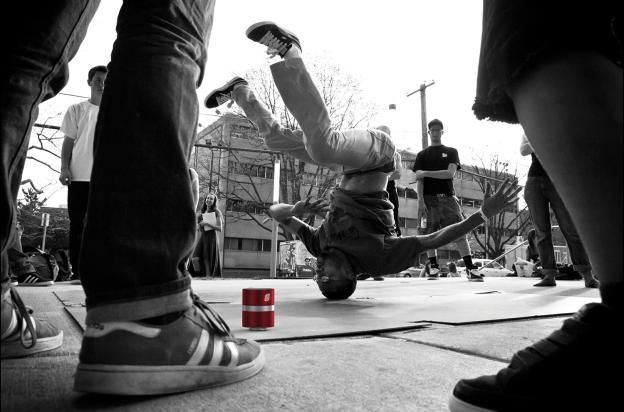 What do speakerphones, smartphone chargers, gesture control and water-resistance all have in common? They’re all bait. Worms on a hook, used to lure you to one Bluetooth speaker or another. As the portable speaker wars rage on, the features keep getting more attractive and innovative. And while it’s always great to have more options, it’s also harder to tell what’s really worth your hard earned currency. That’s why we’re here. The latest glittering object dangling in the water up ahead is perhaps the most interesting addition yet: Incisor Diffusion technology .

Overall, we’re not convinced by our two test subjects that Incisor Diffusion is ready to steal the show, just yet.

Incisor Diffusion, patented by the U.S. Navy, isn’t exactly new, but it is a relatively new phenomenon in portable Bluetooth speakers. The principal is to use vibrations from the base of the device to transform whatever surface it rests upon into a resonator. Tables, counter tops, cracker boxes…you name it, it’s a speaker. The technology is also intended to provide much more bass response than what you’d expect from a miniature portable alone.

We’ve recently come across two new devices employing this potentially badass technology: the Shaker, from established audio company, JLabs; and the Damson Twist, a kickstarter project based out of the UK. We know what you’re thinking: Cool idea, but do these things sound any good? We wondered that too, so we’ve put together this mini round-up to see how they fared in some real world tests. Go get some popcorn and enjoy the show. It’s time to make some speakers.

JLab’s Shaker is a quirky little unit, looking something like a miniature droid robot when fully expanded. The speaker is all black, with a flanged bottom that terminates in a removable suction cup base. The suction cup locks down with a small clip, clamping the unit tightly to just about any flat surface. The magical vibrations from the bottom of the pad create the bass, and the speaker also includes a traditional tweeter on a capsule at the top of the device.

The top tweeter takes care of the upper register, and it’s affixed to an odd apparatus that pops up from the frame like a jack-in-the-box, revealing a short, telescopic accordion spring. We’d hoped the bendy-straw design would allow us to point the tweeter in any direction, but it pretty much just pointed up, no matter how we manipulated it.

The Shaker’s main body is a cylindrical piece about two inches tall which hosts its onboard controls. Circling the equator of the soft plastic frame is a power/Bluetooth toggle switch, a dial that controls play/pause as well as song search, a pinpoint microphone, a mini USB port, and a green LED. The speaker ships with a small nylon carrying case, and a USB to mini-USB charging cable, which also doubles as the Aux input cable via a 3.5mm input jack forked at the top. Battery life is a respectable 10 hours run-time.

The Twist caught our eye with its overall aesthetic, which is a bit sleeker than the Shaker. The speaker is carved out of glittered aluminum into a small cylindrical pod. It’s available in four colors including red, blue, grey, and black. (We received dual review units in blue and grey). The speakers are two toned, with a silver ring at the center where the “twist” is made.

The device’s clever design powers on for both Bluetooth or Auxiliary sources by turning the top left or right respectively. A bright LED at the center of the Damson ‘D’ glows blue or white to indicate the input source. Along the silver band at the center is a mini USB charging port and two 3.5mm ports for line-in and line-out. The Twist doesn’t have an onboard microphone, so advantage Shaker there, but it does have an ability to pair with a twin unit for true stereo sound through the line-out feature. Not too shabby, if you want to double-down the asking price.

At the top of the speaker is a clear plastic surface that is less of an independent tweeter, and more of a transference film from which sound emanates through the pod from its base. The main engine of transduction comes from a tiny pad at the bottom of the unit, adorned with a sticky piece of rubber polymer that provides some hold while twisting the top piece. Battery time is lower than the Shaker, with 4 hours Bluetooth run-time and 8 hours Aux run-time. The speaker comes with a 3.5mm Aux cable, mini USB to USB cable, a small carry bag, and a cylindrical cardboard container.

Of course, the real fun of these speakers is their ability to transform inanimate objects into bodies of sound. We tested both of the units with an identical playlist consisting of multiple genres. Associated resonance surfaces included countertops, end tables, speaker cabinets, windows (with the Shaker only, thanks to its suction cup), floors, and even a guitar. The guitar was a perfect example of an object with too much resonance, causing a chaotic array of harmonics and string rattles over the music. The best sound came from a kitchen countertop above a large cabinet, which is where we did the majority of our listening for the head-to-head matchup.

As far as chameleonic transduction goes, the Twist had the edge. Both units were remarkably quiet when held in the hand, and exploded with sound when set on a good surface. But with the Twist, the sound seemed to transform a bit more with each new object, offering more bass here, less resonance there.

On the other hand, the Shaker’s suction cup allows you to go places the Twist can’t follow. Windows, flat walls, and any other stickable surface is fair game, making the Shaker much more versatile to play around with. Watch out, though, as the speaker has a tendency to fall off less sticky surfaces over time.

The Twist provided pounding low end, beyond anything we’ve tested at its size. Hip-hop and electronic rock had some impressive grooves that stretched far beyond the speaker’s tiny frame, right down into the kitchen floor. The Shaker had a lot of oomph in the low register, as well, but it never got things rumbling with as much force as its metallic rival.

When it came to full, balanced sound, however, the Shaker dominated. We were impressed by its ability to create body from surfaces, not only in the bass, but also in the midrange and treble, providing some welcome presence at the attack of transients. Acoustic guitar and mandolin were rendered with clear detail in string picks, and decent sustain. Toms and kick drum had some solid laminate-fueled resonance, and vocals were rendered with relatively pure definition, especially in the middle of the sound.

In contrast, the Twist had little to show beyond its bass response. The treble was choked and unrefined, and the midrange was often almost non-existent, seeming to carve a paltry cone of sound right around the 1-2K frequency zone. The higher registers were constantly plagued by a tinny, almost tubular sound that wasn’t much better than our iPhone alone. Vocals and midrange instruments like guitar and percussion sounded like ghostly fragments of themselves, as if stuck inside a piece of glass.

If you’d rather feel your sound than hear it, the Damson Twist may be the surface speaker for you. It put out an incredible amount of low end force for such a tiny device. But for general balance, detail, and presence, JLab’s Shaker was our clear winner by a landslide. Those who listen to a broad range of music will find the Shaker does a much better job in the finer moments.

Overall, we’re not convinced by our two test subjects that Incisor Diffusion is ready to steal the show, just yet. We liked the Shaker, but we couldn’t help but wish we could give it some of that extra thump from the Twist — then it would really have something. Still, the technology is very promising. Keep checking back with us as we look at more surface speakers in the future, as well as other new innovations shimmering in the Blue.