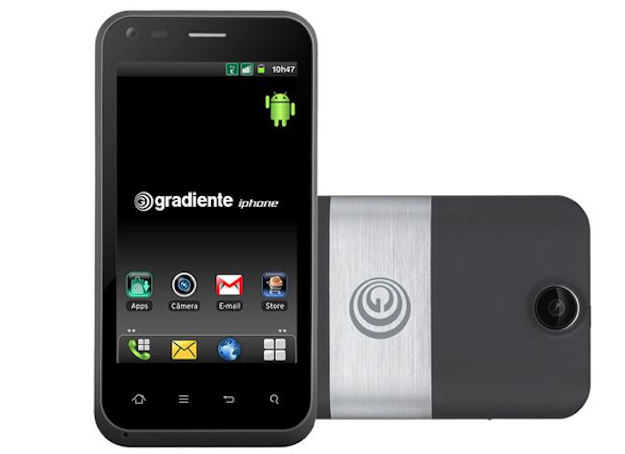 Brazil’s Institute of Industrial Property (INPI) has issued a ruling against Apple, declaring that the tech giant does not have exclusive rights to the iPhone name in the country. The Cupertino company is set to appeal the decision.

The ruling is a validation of a claim to the name by Brazilian tech firm IGB Electronica (formerly Gradiente Electronica), who registered the iphone trademark in 2000, seven years before Apple. Despite the ruling, Apple can still sell its iPhone handset in the Latin American country, and can also still use the iPhone name.

According to the BBC, which broke the news, “the decision means that Gradiente has an option of suing for exclusivity in South America’s biggest market.”

INPI ruled in IGB Electronica’s favor despite claims from Apple that it should be handed exclusive rights to the name because the Brazilian firm had done nothing with the moniker until it released a line of ‘iphone’ (with a lower case ‘p’) handsets at the end of last year.

The first of its Android-powered iphone devices, the Neo One, sports a 480 x 320-resolution 3.7-inch display, a 5-megapixel rear-facing camera, Wi-Fi and 2GB of storage. Running Android 2.3.4, the Neo One sells in Brazilian stores for 599 Brazilian real, equivalent to about $300.

If Apple gets nowhere in its attempts to pursue the matter through the Brazilian courts, there will likely come a point where it decides to do a deal with IGB Electronica to secure exclusive rights to the name. IGB Electronica’s chairman, Eugenio Emilio Staub, certainly seems open to the idea, saying last week, “We’re open to a dialog for anything, anytime.”

Perhaps he has in mind Apple’s 2007 out-of-court settlement with Cisco Systems which saw Apple purchase the rights to the iPhone name in the US for an undisclosed sum. Or, more recently, the Cupertino company’s $60 million settlement with Chinese firm Proview to settle a dispute over the iPad name.

One thing’s for sure – IGB Electronica will be well aware of Apple’s deep interest in Brazil, with its fast-growing economy and burgeoning middle class, and so any financial settlement with Tim Cook’s company is sure to leave the IGB chairman with a big smile on his face.

Video-editing app LumaFusion to get a Galaxy Tab S8 launch
Best Apple deals and sales for October 2022
The best phones for 2022: Which smartphone should you buy?
Reverse wireless charging on the iPhone gets one step closer to reality
Does the iPhone 14 have an always-on display? Know this before buying
Nreal’s Air AR glasses head to the U.S., ready to rock with iPhones
The best ad-blocking apps for Android in 2022
Google wants you to know Android apps aren’t just for phones anymore
I have a confession — I may have been wrong about the Apple Watch Ultra
The best Samsung Galaxy Watch 4 screen protectors
Can’t stand using Instagram in 2022? This app fixes everything you hate about it
Apple AirPods Pro 2 vs. Google Pixel Buds Pro
These 80+ apps could be running adware on your iPhone or Android device