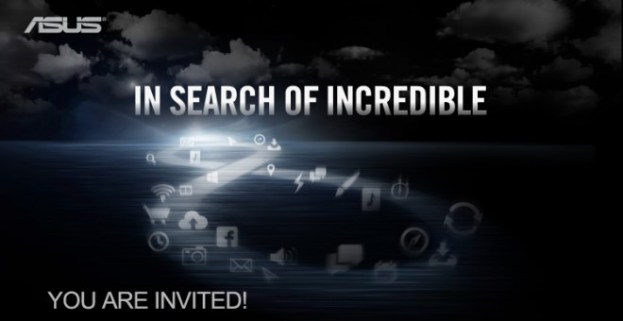 Asus has scheduled a press conference for February 25 at Mobile World Congress, and while it’s not the first to announce an event, and certainly won’t be the last; it is one we’ve been expecting. At CES 2013, Asus gave us a few cool new toys, including the Transformer AIO, but a spokesperson said the best was yet to come and that it would, “wow” us at MWC.

At the time we had very little to go on, with rumors circulating around an Asus-branded Nexus 7 challenger and not much else. However, while MWC likes its tablet announcements, it’s more about smartphones. Asus has a single smartphone in its line-up, which is part of its PadFone 2 hybrid device, so could it be planning a standalone phone?

That would be a little ordinary for Asus, a firm which loves to inject some quirk into its hardware, which makes the latest rumor from Digitimes sound more plausible than it would if it was about any other company. The report says Asus is going to reveal the Fonepad, which as you can probably tell from the name is a tablet with which one can make calls.

It continues to give us a rundown of the spec, which throws up another surprise in the shape of an Intel processor. Asus has a strong relationship with Intel, using the chips to power devices including the Taichi, VivoBook and Transformer Book. The company also uses the In Search of Incredible tagline in relation to its other Intel-powered hardware, linking the rumor nicely with the event promo seen above.

The Atom chip in question is the Z2420, or Lexington as it’s also known, and rather than a Tegra 3 or Snapdragon S4 Pro challenger, Lexington chips are supposedly destined for budget devices such as the Acer Liquid C1. If this information is correct, it could mean the Fonepad may not make it to the U.S. or Europe. The Fonepad may also have a 7-inch screen, a 1280 x 800 resolution, Android 4.1 Jelly Bean, a 3-megapixel camera and 16GB of storage memory.

Adding weight to the Digitimes report is the appearance of the Fonepad, this time with the model number of K004, on Indonesia’s communication regulator’s website. It even included the same spec printed by Digitimes. So, could there be any truth to it?

Silly name aside (let’s hope that’s a codename), Asus has already toyed with incorporating phone functionality into its tablets, particularly with its Stylus Headset, an accessory which doubles as both a tablet stylus and a Bluetooth headset. Plus its PadFone and PadFone 2 provide the best of both worlds, but in two separate devices. Looked at this way, an Asus tablet/phone all-in-one isn’t much of a stretch.

Will the Fonepad wow us at MWC? There’s only a few weeks to go before we find out.