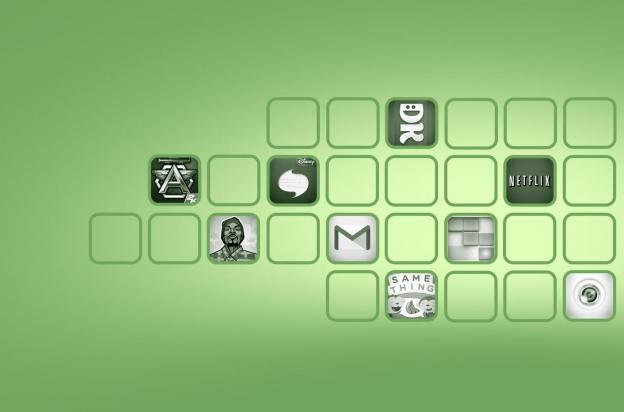 Ever look at the pages and pages of apps installed on your mobile device and just been totally uninspired to use any of them? You’ve seen them all before, used them to their full potential, and you’re just unmoved to open any of them. Maybe you need to add a little bit of variety to your apps; it is the spice of life, after all. Just a little bit of a kick from something fresh might give you a whole new perspective on the rest of your apps. We have the freshest and the kicking-est of new apps and updates from this past week. Give them a download and enjoy.

Say the Same Thing (new game for iOS and Android)

OK Go is well known for being inventive with their music videos, but now they’re branching out far beyond their comfort zone. The band has entered the world of mobile with … a game? You wouldn’t think that would be in the wheelhouse for some guitar-yielding rockers, but turns out they’ve put together something pretty fun. Say the Same Thing is a word game that you play with a partner in which you attempt to bridge words together by saying the same thing, prompted just by your previous words.

DabKick solves the problem of wanting to watch videos or listen to music with friends or family even when you aren’t in the same place. It allows users to share multimedia content with one another and talk in real time via text or voice. With a new update to the iOS app, plenty of issues have been fixed to make the app more useable. Owners of an iPod Touch can now join in on the experience, the music player no longer interrupts phone calls, functionality with the address book has been improved, among others. It’s an all around better experience now, and one that you can share with others.

Move over Instagram, Snoop Dogg (or Snoop Lion as he’s now called) has entered the photo app business. Have you ever taken a picture and thought to yourself “I don’t look blinged out enough?” or “This is a great picture, but I feel like it’s missing a giant blunt hanging from my mouth?” Snoopify is the answer to these problems. The app allows you to modify your pictures and add stickers to make them Snoop Dogg approved. You can even put Snoop Dogg himself into pictures with you, an image that would be difficult to capture otherwise because of the permanent cloud of weed smoke that usually surrounds him.

Mosaique is a game that seems to be just as much about getting lost in the experience as it is about winning. It’s a puzzle game of sorts that requires players to slide tiles around the screen as they try to match colors and clear the level. According to the game’s description, players only get as much strategic challenge out of the game as they put in to it, so you set the pace for yourself. With an original soundtrack that can put you in a trance, you very well may get sucked in to this game and forget what you’re supposed to be doing. You know, like your job or something.

We’re going to go ahead and assume we aren’t breaking any new ground pointing you to Gmail as a really solid email service. But the app for Gmail users on iOS just recently got an update, and we do want to make sure you get it. The latest version of Gmail will keep you in the app for much longer. Now other Google products like YouTube and Chrome are functioning right in the Gmail app, meaning you don’t have the leave the app to experience items that are linked to you via email. It’s all part of Google’s plan to entrench you in its universe. We’re really not objecting.

There are few companies that know story telling better than Disney. So, it’s only fitting that Disney is behind the new Story app, a tool that allows users to create memorable moments out of their otherwise plain photos and videos. It lets you personalize your moments, adding captions that help tell the story between the imagery, and then spruces up the presentation with some unique themes that will present your memories in fun ways. Once your story is finished, it’s easy to share via your social network of choice.

Sid Meier is responsible for some of the most notable game franchises around, from his Pirates! series to the Civilization strategy games. Now he’s headed to mobile and taken to the skies at the same time with Sid Meier’s Ace Patrol. Play pilot of a World War I aircraft as you soar through the skies above Europe in attempts to stop the axis powers. Your plane will get upgrades along the way, making you more flight-ready for each mission. And there are a lot of missions; 120 of them to be exact. That has to qualify for frequent flier miles.

Netflix (update for iOS and Android)

If you saw Netflix in the news recently, it probably wasn’t because its mobile app got updated. It was more likely because it lost a pile of titles. But there is still way more content on Netflix than you could even begin to digest, and Arrested Development is coming back on the platform at the end of the month. Might as well update the app in preparation. This update brings enhanced second screen options, a post-play feature that automatically queues up the next episode of a show, and recommendations at the end of films.

Time lapse videos take simple, fairly mundane things and make them seem way cooler and more interesting than they actually are. What’s amazing about watching people walk into the same building over and over at normal speed? Nothing. What about at a higher speed where you see the same thing but it blows by? Considerably more cool. You can make videos like that with your iPhone with Timelapse Pro. Shoot in a variety of different ways, choose your frame rate, add a song, and make boring things seem way more interesting.

Video-editing app LumaFusion to get a Galaxy Tab S8 launch
The best walkie-talkie apps for Android and iOS
Five ways Android 13 has supercharged my Galaxy S22 experience
Apple’s making a big change to the iPhone 14 Pro’s controversial always-on display
You’ll soon be able to use WhatsApp on more than one phone
5 phones you absolutely shouldn’t buy on Black Friday
How to set up and use a second line on an iPhone with an eSIM
Apple iPad Mini just got a $100 discount for Black Friday
Apple’s MagSafe Leather Wallet for iPhone is 24% off for Black Friday
Why the cheap Pixel 7 ruins all other Black Friday phone deals
MagSafe PopSockets are life changing, and on sale for Black Friday
This iPhone 11 Black Friday deal is crazy good — get it for $199
The best Black Friday phone deals for 2022