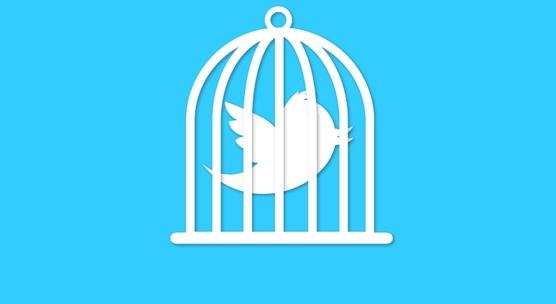 Even though Google sometimes reaches over into the territory of being too invasive or a bit overreaching with its services, it can often get away with it thanks to it’s insistence on not being evil. In contrast, when Facebook violates the privacy of its users, there is usually a fair amount of outcry about it. But Twitter’s treatment of third party clients, while stirring the news cycle, has prompted relatively little reaction. Just this month, though, two of the most popular Twitter clients – TweetDeck and Falcon Pro – cited social network’s API as reasons for major changes. It’s all part of Twitter’s attempt to make its own platform profitable, but is imposing a near monopoly the way to do it?

For some time now, Twitter has been focused on strengthening its bottom line and turning a profit as a business – something that many weren’t sure was possible. The best way for the microblogging service to do that, especially with its service being used so regularly while on the go, is through its official app. But it’s methods of making sure people use its in-house app have been a bit restrictive on its would be competition. Falcon Pro was one of the first to deal with this, hitting the wall of 100,000 users even though there isn’t that many actively using the app.

Twitter operates that limit with what it calls tokens. A user who buys Falcon Pro and uses it on both their phone and a tablet count as two tokens. People who have pirated the app take up the token of a would be paying user as well. The developer behind Falcon Pro claims just 40,000 of its 100,000 tokens are paying, active users. The other 60,000 consist of pirates, multiplatform users, and people who returned the app within Google’s 15 minute refund window. Perhaps the worst part about this policy for Falcon Pro, aside from a mandated ceiling for its success, is that new users who buy the app won’t be able to access the services they paid for. A petition to increase the limits has been started by the Falcon Pro team so they may provide their customers with what they bought. The formal request for additional tokens was denied by Twitter on the grounds that there is no feature that Falcon Pro provides and Twitter’s own client doesn’t.

Meanwhile, TweetDeck will have its app presence withdrawn all together. One of the biggest names in Twitter clients, TweetDeck is getting the plug pulled on it by its owner, Twitter itself. The removal with take place in May, not coincidentally coinciding with an update to the Twitter API. TweetDeck will continue to live on as a Web-based client, which Twitter claims that most of its power users have been trending toward. It was still made clear that TweetDeck’s disappearance is related to API changes, and the road before its death won’t be an easy one as outages are expected as Twitter tests out the new API.

None of these limitations used to be in place back when Twitter first started. It’s API was open, which made it possible for Twitter clients like the ones that are dying out to exist in the first place. But with loss of the platform comes loss of profit, at least in Twitter’s eyes. One doesn’t have to look any further than Facebook, a social network with minimal competition and a closed API, to see a similar strategy that is viable. Twitter doesn’t want to force users to use the official client because no company wants to force anyone to use their product. Force would indicate there is some reason people wouldn’t want to use it in the first place. Instead it’s simply suggesting people not get caught up in third party options and instead focus on Twitter’s own app, the one that features ads and sponsored tweets.

The already tight noose around the neck of Twitter developers is about to get tighter with API version 1.1. In addition to the current 100,000 token limit, a new requirement of Twitter’s approval on pre-installed Twitter apps will be put in effect. This shift will give Twitter the ability to comb over applications before they ship, allowing Twitter to play emperor and give the thumbs up or thumbs down to a third party client’s app. Twitter further made clear its intentions, through about as much jargon as possibly utterable, that it had little interest in new Twitter clients. In a blog post about API v. 1.1, it is explained through a graph that the company will be discouraging anything that falls into the “Traditional Twitter Client,” instead erging developers to focus on things like “social analytics” and “social influence ranking” (think Klout), or even media integration. Essentially, have a new idea for something that works with Twitter? Great, do that. Just stay away from Twitter’s territory.

Perhaps the biggest change to Twitter’s API is a move toward more control over who can access Twitter’s information and user data. For a social service, that information is proprietary – it’s what Twitter can offer that no one else can. Another short burst social network could pop up at some point, but it doesn’t have the users, the history, or the acquired data that is housed in Twitter’s servers. Twitter will be putting a tighter lock on that information, though it doesn’t appear to be for security reasons. Current API allows access to API endpoints without authentication. The new API will guarantee that Twitter knows exactly who is accessing it’s information as every request to the API will require authentication. There will also be new limitations on how often the API may be called per hour from a client. This tightening of security shouldn’t be mistaken as a favor for its user’s data – this is so Twitter has sole ownership rather than giving away it’s special sauce.

After the leaking of Twitter’s API keys hit GitHub, there is really no time better than now for Twitter to address this issue. This information was never really secret as it has to be available somewhere, it’s just knowing where to find it. Now people know where to find it, and worse for Twitter, they know what it entails. For all intents and purposes, this could allow unsanctioned Twitter clients to work around the restrictions Twitter has asked them to play by – at least until Twitter catches up and changes the keys again. Then again, it could also be grounds for shutting down third party options all together. It’s the perfect opportunity for Twitter to make a move toward more openness, the way it started, while still finding a way to work with developers and make Twitter itself profitable. It’s also the perfect excuse for Twitter to shut down third party options all together, closing off its data for good from sources that may want to access it. Whatever decision Twitter takes, this is the fork in the road that Twitter faces. Move toward Google’s “don’t be evil” policy or Facebook’s “we’re successful and unchallenged in the market so who really cares?” plan. No one faults Twitter for wanting to make money, but is keeping competition from doing the same really the best way to reach that goal? Either way, it’s the ultimate #FirstWorldProblem.

Topics
Video-editing app LumaFusion to get a Galaxy Tab S8 launch
Ever the perfectionist, Apple plans to redesign third-party accessory packaging at its stores
Twitter hopes its ZipDial acquisition will lead to many more users in emerging markets
Facebook plans more standalone apps as its mobile revenue rises
35 percent of Google’s products are shut down
I love the Oura Ring, but I’m increasingly worried about its future
Why GPS is critical to your smartphone — and desperately needs an overhaul
Kindle Black Friday deals just landed – save on Paperwhite and Oasis
Garmin watch Black Friday deals: Forerunner 45 and Vivoactive 4
How to block someone on WhatsApp messenger
Best stylus for tablets and computers: Top pens for note-takers and artists
Should you buy an iPad on Black Friday or wait for Cyber Monday?
Should you buy a phone on Black Friday or wait for Cyber Monday?