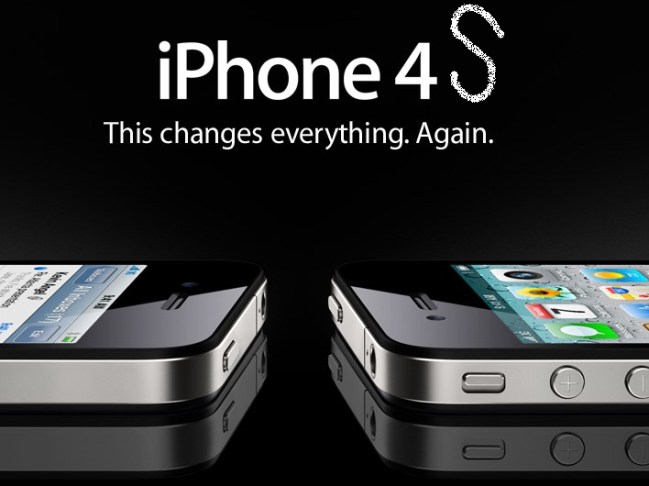 According to Forbes, you shouldn’t pin your hopes and dreams on the launch of the iPhone 5 come September. Analyst Peter Misek tells the site that a device called the iPhone 4S is actually set to debut, which will not include LTE functionality. Misek claims the iPhone 4S will “include minor cosmetic changes, better cameras, A5 dual-core processor, and HSPA+ support.”

Why yet another delay? Apparently the Qualcomm LTE chipset the iPhone 5 is supposed to have isn’t performing up to Apple’s standards. Apple planned to release both the iPhone 4S and the iPhone 5 this fall, with the major difference being the 4S would not have the 4G/LTE service the 5 did.

Disappointing news for Apple fanboys and iPhone 4 users ready for a real upgrade, we know. But what might be even bigger news is the fact the Apple plans to announce partnerships with Sprint, T-Mobile, and China Mobile in time for the holiday shopping season. Exclusivity be damned: Apple’s ready to distribute its brand to all four major U.S. carriers while also expanding its business in China. A wise move, considering the country is home to the iPhone’s fastest growing customer base.

Misek also noted that demand for the iPhone has somewhat leveled off: The long-awaited launch of the White iPhone and partnerships with new (foreign) carriers were “offset” by sagging sales from AT&T and Vodafone. Demand for the iPad, on the other hand, continues to mount.

Sprint and T-Mobile customers are likely excited by the idea of an iPhone option, but the idea of such a minor upgrade is deflating. The iPhone 5 should have been announced this summer, going off of Apple’s general product launch roadmap, and seeing a slightly beefed up version of the iPhone 4 would be a bit of a letdown. We heard about larger screens and a possible new design with tapered edges, and of course we also caught wind of the LTE and world phone rumors – but it’s sounding like it was all talk, or that these loftier plans were abandoned by Apple and its manufacturers (possibly just for the time being).

Honestly, at this point, if the thing is actually announced in September with the alleged A5 processor and 8-megapixel camera, we’ll be satisfied. There are enough Apple fanatics that an iOS launch, regardless of the upgrades or lack thereof, is sure to be a success, but we wonder how many less loyal consumers will be convinced to pay for an iPhone 4S when they could get the suddenly discounted iPhone 4. Is a heightened processor and camera worth the money for the average smartphone consumer? We’ll have to see in September. Hopefully.

Video-editing app LumaFusion to get a Galaxy Tab S8 launch
The best phones for 2022: Which smartphone should you buy?
Reverse wireless charging on the iPhone gets one step closer to reality
Does the iPhone 14 have an always-on display? Know this before buying
How to hide photos on your iPhone with iOS 16
The first Galaxy S23 Ultra leak is great news for S22 Ultra fans
Amazon’s new Kindle Scribe turns the e-reader into the ultimate notepad
Apple AirPods Pro 2 vs. AirPods Pro: What’s new?
The best tablets for kids in 2022: Fire HD, iPads, and more
How to reset Apple AirPods and AirPods Pro
Razer’s 5G-enabled handheld gaming system is getting a public release
This new Google Lens feature looks like it’s straight out of a sci-fi movie
Experts warn AI assistants are hurting the social development of children