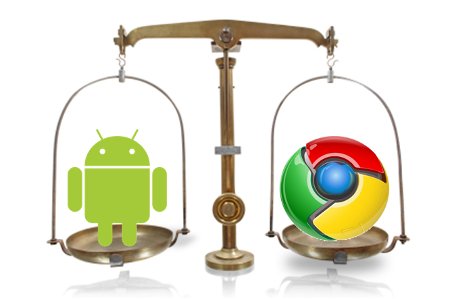 Former Google employee and Gmail creator Paul Buchheit apparently doesn’t think much of the recent Chrome launch. On his FriendFeed account, Buchheit recently posted “Prediction: ChromeOS will be killed next year (or “merged” with Android).” And that isn’t all he had to say about his doubts. “ChromeOS has no purpose that isn’t better served by Android (perhaps with a few mods to support a non-touch display). I was thinking, ‘is this too obvious to even state?’, but then I see people taking ChromeOS seriously, and Google is even shipping the devices for some reason.”

He isn’t the only one predicting a rough future for ChromeOS. The Linux-based operating system is drawing criticism in its beta round, with many testers complaining that its Web-based interface just isn’t user-friendly. GigaOm hit the nail on the head, saying “The biggest challenge for Google’s Chrome OS is that it is going to be fighting against many life-long habits of using a desktop OS.” And while Google intends for Chrome OS to become a viable option to competitors like Mac OS X and Windows, even reviewers who liked the setup admitted it would never fully replace a traditional system. Some are also questioning how well the machines will work when disconnected, since the Chrome OS is essentially a strictly cloud computing system. While the notebooks have modems, GigaOm questions whether or not existing networks are capable of handling “the network traffic demands of a cloud-centric client.”

It sounds like what most people are asking is “Why Chrome OS?” Google has an operating system that many users love – Android. It’s already a recognizable brand to consumers, and from the sounds of Chrome testers and Buchheit, it may end up becoming the prevailing Google OS. But Google didn’t release the Chrome OS notebook to retailers yet for a reason, and in the December 7 event stated that the company wanted to conduct consumer testing and use the feedback it receives. It sure seems like a crucial element to tweak, but who knows what the final versions will hold when (if?) they are officially launched in mid-2011.

Video-editing app LumaFusion to get a Galaxy Tab S8 launch
How to hide photos on your iPhone with iOS 16
What to expect from Google’s October 6 event: Pixel 7, Pixel Watch, and more
Google gives Maps’ Immersive View a boost and adds a new vibe feature
The best tablets for kids in 2022: Fire HD, iPads, and more
Google wants you to know Android apps aren’t just for phones anymore
I have a confession — I may have been wrong about the Apple Watch Ultra
The best Samsung Galaxy Watch 4 screen protectors
Can’t stand using Instagram in 2022? This app fixes everything you hate about it
Apple AirPods Pro 2 vs. Google Pixel Buds Pro
These 80+ apps could be running adware on your iPhone or Android device
Stage Manager is coming to older iPad Pro models after all
Samsung just copy-and-pasted iOS 16’s lock screen in its One UI 5 beta