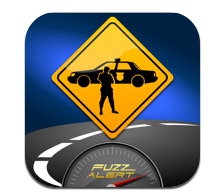 Google has declined to bow to the demands of U.S. senators who want app purveyors to drop apps that promise to help users avoid sobriety checkpoints. A source cited in an International Business Times report said that Google will only remove apps for violating Android content policies. The “DUI-evasion” apps appear to be OK by Google’s standards and the company won’t be taking any action, according to the report.

Fuzz Alert, Phantom Alert and Trapster are examples of apps that give users a variety of information about various police activities along roads and highways including speed traps, red light cameras and DUI checkpoints.

“Giving drunk drivers a free tool to evade checkpoints, putting innocent families and children at risk, is a matter of public concern,” the senators said. “We hope that you will give our request to remove these applications from your store immediate consideration.”

The senators didn’t specifically name any individual apps in their letters.

While Google remains resolute, RIM has capitulated and removed the apps in question from its BlackBerry World Store.

“RIM’s decision to remove these apps from their online store prove that when it comes to drunk driving, there should not be an app for that,” said senator Charles Schumer.

Apple has not inidcated if it will take any action. And a quick check of the iTunes App Store shows that apps in question remain available for download.

Video-editing app LumaFusion to get a Galaxy Tab S8 launch
The best Christmas apps for everyone in 2022
Instafest app: How to make your own Spotify festival lineup
Hive Social is my favorite Twitter alternative, but that’s not saying much
Apple Music Replay 2022: where to find and how to see your listening stats
Even the Apple AirTag is discounted for Cyber Monday 2022
Time is running out to save $100 on the Pixel 7 for Cyber Monday
Samsung Galaxy Z Fold 4, Z Flip 4 get big Cyber Monday discounts
Why a Kindle Paperwhite is the best $100 you can spend on Cyber Monday
When is my phone getting Android 13? Google, Samsung, OnePlus, and more
This Amazfit fitness tracker is $35 for Cyber Monday, and it’s selling fast
This 10-inch Lenovo tablet is $129 for Cyber Monday (selling fast)
Save $200 on the Samsung Galaxy Tab S7+ with S Pen for Cyber Monday