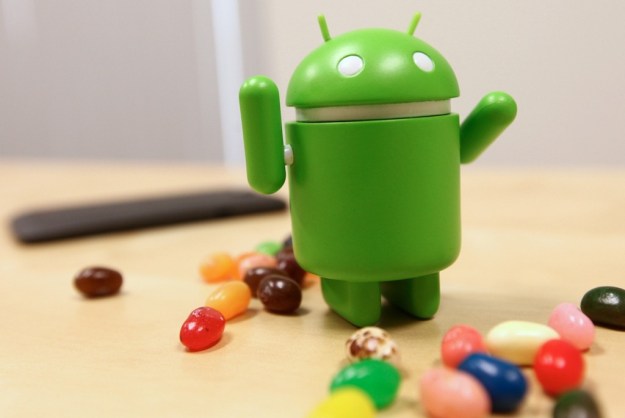 Google’s CEO Larry Page has announced a change in leadership in the Android team, where Andy Rubin – the current Senior Vice President of Mobile at the company – will take on a different and as yet undefined role in the company to let Sundar Pichai take over the position. The news came in an official blog post entitled simply, “Update from the CEO,” where Page talked about Google’s humble beginnings with Android, before noting it’s now supported by 60 manufacturers around the world and is used on more than 750 million devices.

Once the company trumpet had been sufficiently blown, Page writes that Android has, “Exceeded even the crazy ambitious goals we dreamed of,” and thanks to the strong team, Andy Rubin has, “Decided it’s time to hand over the reins and start a new chapter at Google. Andy, more moonshots please!” This is as far as Rubin’s new role is discussed.

As for Sundar Pichai, his existing role is Senior Vice President of Chrome, and it’s one he’ll continue while also taking on the Android leadership role. If this sounds like a lot of work, it is, and Page recognizes this; he continues, “Andy’s a really hard act to follow, I know Sundar will do a tremendous job doubling down on Android as we work to push the ecosystem forward.”

Both Rubin and Pichai have been silent on the subject so far, with neither taking to Google+ or Twitter to talk about their new endeavors. With Google I/O coming up in May, we’d expect to hear more from Pinchai, who could get to introduce Android 5.0, plus more about Rubin’s new role in the company.

Updated on 03/14/13 at 10:00am by Andy: Google’s Andy Rubin has written a farewell letter to the Android team, giving us all a hint of where he’ll end up in the company. After singing Android’s praises, he says, “As for me, I am an entrepreneur at heart and now is the right time for me to start a new chapter with Google.” Combine this with Larry Page’s request for, “More moonshots,” from Rubin, and one can expect him to end up working on some of Google’s more advanced, experimental projects. Only time will tell if any turn out to have the same degree of impact as Android.

Video-editing app LumaFusion to get a Galaxy Tab S8 launch
Photos show Google boss apparently wearing upcoming Pixel Watch
The Google Meet and Duo transition is going just as poorly as you’d expect
The best free music apps for iOS and Android
The best thing about Android 13 isn’t a new feature or setting — it’s something else
The best selfie apps for iOS and Android
Experts say the iPhone 14’s satellite feature may have a dangerous side effect
How the Galaxy Z Flip 4 fixed my unhealthy phone habits
iOS 16’s biggest Apple Pay feature might be delayed until 2023
Best iPhone deals and sales for September 2022
Huawei’s Mate 50 Pro is here with an insane 200x zoom
Best Prime Day Deals: What to expect from the October event
Best tablet deals for September 2022